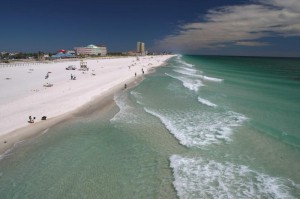 Steve’s breakdown: We told you about this money back in April so hopefully you already had your foot in the door. And don’t get this tourism budget mixed up with the Pensacola account review that was posted today.

The TDC action comes on the heels of its recent controversial decision last month to allocate $4.3 million of BP oil spill recovery money to 11 groups, none of which was minority backed.

It also contains the provision that $300,000 be reinstated to the VIC’s budget later this year should Escambia bed tax revenues continue to run well above earlier projections.

“Clearly, I believe something needs to be set aside for minority infrastructure improvement and tourism promotion,” Robinson said. “With as much BP money as we’ve put into marketing this year, I think we have to do more to promote minority tourism.”

Prior to the vote, the VIC’s Ed Schroeder argued against Robinson’s motion, saying the $322,500 budget reduction would wipe out its print advertising budget for the coming year.

“Every penny of the BP marketing money we received was assigned by BP for television and social networking marketing,” he said. “None of that money could be used for print.”

Other allocations include $318,000 to the Pensacola Sports Association and $314,600 to the Perdido Key Chamber of Commerce.