Home Accounts in ReviewAgencies line up for Freixenet media business 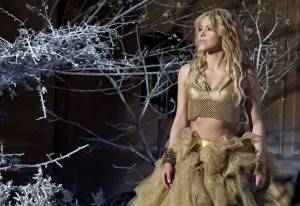 Steve’s breakdown: Freixenet, the Spanish wine producer, is reviewing its media planning and buying business in key global markets including the UK, France and Germany, as well as the US. Get in there now because they are short listing the review in two weeks. It probably wouldn’t hurt if you spoke Spanish.

The wine brand has approached agencies inviting them to complete an RFI ahead of a pitch for the business. A brief is due to be sent to shortlisted agencies in the next two weeks.

Feather Brooksbank handles UK media for Freixenet. The Edinburgh-based agency picked up the account in 2006 after Vizeum was forced to resign the business due to a conflict with Pernod Ricard.

The review is being led out of Spain and includes large European markets such as the UK, France and Germany, as well as the US.

Creative agency arrangements are unaffected by the media review. Leo Burnett previously handled the creative work for the wine company, but in the past few years it has worked with local Spanish agencies.

In the UK, Freixenet, which produces Cordon Negro Cava and Ash Tree Estate wines, focuses media spend on press. In Spain, activity is spread across TV, press, radio and online.

Freixenet is known in Spain for its annual Christmas TV ad, starring a different celebrity each year. Last year, the Colombian pop star Shakira fronted the campaign. Antonio Banderas and Sharon Stone have also featured in a spot for the wine-maker.