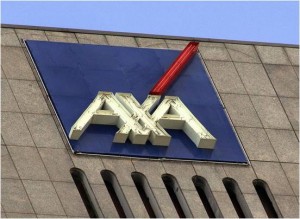 Steve’s breakdown: ASIA-PACIFIC – International insurance giant AXA has confirmed that it has called a regional media pitch, which is now a “work in progress”. This is on the heels of putting 600 employees in Asia. The featured video link will give you more insight into their plans.

SINGAPORE: Currently AXA is working with three media agencies: Havas of MPG for the Indonesia market, Madison for the India market, and OMD, which handles media in all other markets in the region.

AXA last called a regional media pitch two years ago. The pitch this year is part of a wider regional media alignment, a client-side source told Campaign. It is understood OMD will be competing for the business, but no other agencies have confirmed their invitation or intention to pitch.

The regional credential campaign, titled ‘Redefining / standards‘ was launched in August for four markets in Asia, while the campaign on AXA “Kwok Wei” changing name to AXA “An Shing” is for Hong Kong market. The two Chinese characters, 安盛, which mean stability and prosperity, are the aspirations of the people of Hong Kong, the company said.