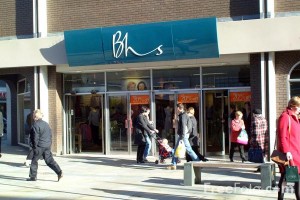 Steve’s breakdown: Bhs, the department store owned by Sir Philip Green’s Arcadia Group, is looking for an agency to handle its $8 million advertising account as it looks to battle the gloom that is descending on high street retail.

LONDON, UK: The retailer has approached a number of London-based shops with the intention of inviting a small selection of agencies to pitch for the business. Its agency search has kicked-off in a week that has seen Thorntons and Carpetright issue downbeat trading statements and Jane Norman go into administration.

Bhs wants to have an agency in place ahead of the Christmas shopping season as it looks to step up its marketing activity to help it compete more closely with rivals such as Debenhams and Marks & Spencer.

In recent years Bhs has worked with agencies on a project-basis to help create its brand campaigns.

These include Grey London, which was appointed in 2009 to handle some seasonal advertising, and Whippet, which oversaw a brand campaign as well as the launch of the Bhs discount and credit cards.

Carat is currently the agency-of-record on the Bhs media planning and buying business. The agency picked up the work in January last year, after the previous incumbent MPG resigned the account.

Bhs has rebranded several times in recent years as it looks to prevent falling sales. The most recent changes occurred last year and included a revamped logo and a new website.

The BHS ad review comes as the Arcadia marketing director Alison Jones prepares to leave the company to join Marks & Spencer as its brand director for general merchandise.