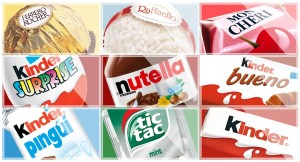 Steve’s breakdown: It sounds like this tasty account wants agencies to be big and European to get into this pitch so if you are, start speaking Italian.

TURIN, Italy: Confection giant Ferrero is inviting holding companies to pitch for the creative marketing responsibilities across its biggest region, Europe, for its various brands, which include Nutella, Kinder, TicTac and Ferrero Rocher, people familiar with the situation said.

The Turin, Italy-based company, which is family-owned and run by the third generation of the Ferrero family, wields an estimated marketing budget of $300 million. The creative pitch follows a European media review that was called earlier this year.

Ferrero marketers Jerome Gray and Marco Capurso are understood to be leading the pitch, while the Amsterdam office of consultant Scan International is managing the review. Representatives in Italy could not be immediately reached, while the U.S. operations of Ferrero, based in Somerset, N.J., declined to put Ad Age in touch with a representative. A Scan representative declined to comment.

The move is seen partly as an move to consolidate the company’s ad efforts, which are handled by a range of local agencies around the world.

But it also comes on the heels of the death of the company’s co-CEO, Pietro Ferrero, who at 48 died this spring while working on a humanitarian mission. His brother, Giovanni Ferrero, continues to run the company, which has more than 20,000 employees worldwide.