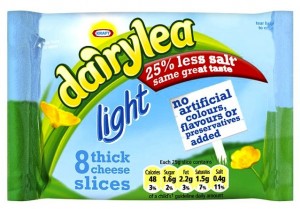 Steve’s breakdown: You know it’s July 4th week when all the new business news is coming from over seas. Here’s one from Kraft.

BIRMINGHAM, UK: Kraft Foods is holding a review of the $5 million advertising account for its Dairylea cheese brand.

The company is understood to have shortlisted a number of agencies to pitch for the business, including long-term incumbent JWT London.

The agency’s most recent campaign for the brand launched last year, and introduced the new strapline: “It’s good to be free”. The campaign included a TV ad that showed a group of children sharing a picnic in a field.

Earlier this year, Dairy Crest revealed plans to launch a new cheese product called Chedds, which will go into direct competition with Dairylea. In February, VCCP was appointed to handle the advertising for the new brand.