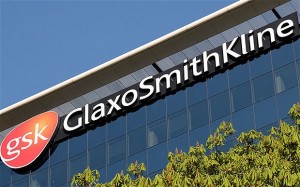 Steve’s breakdown: Pharmaceutical giant GlaxoSmithKline is to launch a review of its multimillion-pound UK PR roster following a shake-up of its in-house comms team.

The firm is now planning a full roster review of its agencies, which could lead to a raft of new agencies coming on board. Blue Rubicon, Cirkle, GolinHarris and Edelman are on its current lucrative roster.

McGibbon said: ‘We are investing both time and money to significantly up-weight our comms team.’ He added that as well as making more use of paid-for media content and social media, a key part of the new strategy would be promoting the science behind products such as Lucozade.

‘The science that goes into our brands is a competitive advantage. Lucozade, for example, is subject to more than 100 clinical trials. There’s a good story to tell about innovation that we haven’t shouted about.’

Up to 20 in-house positions will be created for staff specialising in brand PR, particularly with fast-moving consumer goods. McGibbon also plans to recruit staff with multimedia skills, to lead more creative content on the firm’s intranet.

The team will be split into two divisions: one focusing on internal engagement and another made up of brand specialists maximising GSK’s sponsorship deals with the Premier League, the F1 McLaren team and English Rugby.