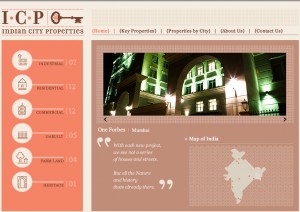 Steve’s breakdown: The news is a bit slow in the good old USA but we did drum up this review overseas.

The size of the business is said to be substantially high.

Sources in the company have confirmed the news to afaqs! on grounds of anonymity.

This is the first time that the company has called for a creative pitch. According to sources, the pitch has been called to give the real-estate business a facelift and project the division as a company that will build only high-end properties. The real-estate division is headed by Ayesha Thapar, executive director, Indian City Properties Limited.

After the family decided to separate the entire business in 1999, ICPL became a part of the Inder Mohan Thapar Group of Companies. Earlier, the real-estate division was part of the Karam Chand Thapar Group, which was incorporated in 1939. ICPL, in conjunction with its sister companies KCT (CS) and Punjab Business Supply, owns and manages key properties in Mumbai, Delhi, Kolkata, Chennai, Bengaluru, and Nagpur.

The company is currently involved in various projects including re-development of existing structures and creating new developments on vacant land. It re-developed a 200-year-old-heritage building called Dadi Building, located at V B Gandhi Marg, in the Fort area of Mumbai. The newly-furbished building is now known as One Forbes, and serves as the head office of Tata Motors, Tata Capital, and BNP Paribas.