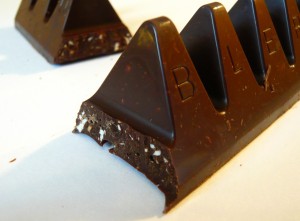 Steve’s breakdown: Kraft Foods is in talks with its roster agencies regarding the digital advertising duties for its Toblerone brand. That might sound like a closed review but how many shops can say they are a “roster shop”? You?

LONDON, UK: An appointment will mark the first time that Kraft has worked with an agency specifically on Toblerone’s digital activity. The brand’s above-the-line incumbent agency, Ogilvy & Mather, is not affected by the move.

Toblerone is said to be keen to strike up a stronger online relationship with its UK consumer base.

O&M created the most recent major ad campaign for Toblerone in March. It included a TV ad that showed a woman devising new ways to break up the chocolate’s triangular segments.