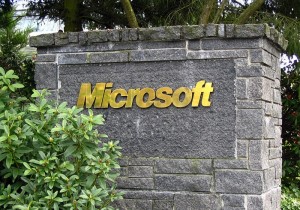 Steve’s breakdown: Lots of changes going on with Microsoft PR so I suspect the incumbent doesn’t have a chance with this account or any others they have.

SINGAPORE: Microsoft has put its six-figure Singapore PR business up for review, with incumbent agency Edelman declining to repitch for the business.

Edelman has handled the Microsoft business in Singapore for six years. “We’ve had a great relationship,” said Edelman Southeast Asia chief Bob Grove. “It was a time for a change and we wish them well.”

The account is estimated at approximately US$150K in fees per year.

Last year, Edelman also lost its share of Microsoft’s Asia-Pacific PR account, after the software giant opted to consolidate its regional activity with Weber Shandwick. The firm remains the agency-of-record for Microsoft Xbox.

Microsoft representatives did not respond to request for comment.

The development comes with Microsoft also poised to conclude the review of its $700K Indian PR business, currently split between Genesis Burson-Marsteller and Text 100.