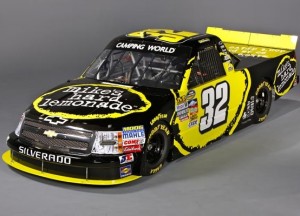 Steve’s breakdown: These folks do not care about good results when it come to putting their account in review. On the other hand, the more they review, the better chance you have to work on the business.

“We are doing a limited search as we speak,” Mike’s President Philip O’Neil told Ad Age.

Arnold is not defending the account. “Our partnership with Mike’s Hard Lemonade helped them achieve double-digit growth for the past two years,” the agency said in a statement.”We’re proud of what we accomplished, and we wish them the best with their next agency partner.”

Seattle-based Mike’s sells a variety of flavored malt beverages including its flagship lemonade brand, spending $10.2 million on measured media in 2010, according to Kantar Media.

The new search might seem surprising considering that Mike’s is on a roll of late, with sales up 33.8% in the 52 weeks ending Sept. 4, according to SymphonyIRI. But the move is consistent with the recent track record of the company, which has been a serial reviewer as of late. Sales were also surging in early 2010 when Mike’s shifted the account to ArnoldNYC, the New York office of Havas-owned Arnold Worldwide. The agency took the account from independent Amalgamated, which only had it for two years after winning it in early 2008 from now-defunct We Are Gigantic.

Mr. O’Neil declined to elaborate on why the marketer put the account into review.

Mike’s current campaign encourages drinkers to “switch things up from regular beer” including one ad that features a lemonade stand in the middle of a convenient store beer aisle.