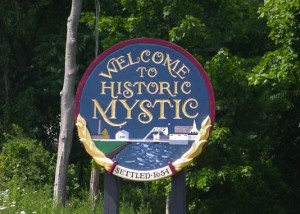 Steve’s breakdown: I’ve read a number of reports regarding this news and no one seems to be saying who will actually do the work. Maybe someone needs to tell them it should be you?

The plan is being implemented by the Greater Mystic Visitors Bureau in collaboration with the Eastern Regional Tourism District. The bureau is made up of the region’s major attractions, from the Mystic Seaport and casinos to the Waterford Hotel Group.

Andy Wood, managing director of Caspari McCormick of Wilmington, Del., on Thursday presented to the public a tiered plan that starts off with a modest investment of $250,000 in spending as a base amount, and adds print in the most expensive, $1 million version.

The session at the meeting house in Olde Mistick Village drew about 30 business and tourism advocates.

Areas to be targeted include Long Island, Hudson Valley, N.Y., and northern New Jersey in the first tier; Philadelphia and south Jersey in the second tier and the western part of Boston and Manhattan in the third tier, he said.

The bureau will be looking for support from the state as a public partner, said bureau Chairman Steve Coan, president and chief executive officer of the Sea Research Foundation, the parent company of the Mystic Aquarium.

“We want to be in alignment with the governor on this,” said Coan. “Forty percent of visitors in the state of Connecticut are coming to this region. We cannot market Mystic without marketing the state.”

The focus will include online advertising, reliance on www.mystic.org and efforts to introduce an online booking system for area attractions.

Although the bureau this week announced it would withdraw from the district, which the administration of Gov. Dannel P. Malloy has targeted to be phased out, the bureau and district have been collaborating on this “tactical” plan for six months, said district Vice Chairman John Markowicz.

“The visitors won’t notice any change” because of the administrative adjustment, even after the bureau incorporates and is no longer a committee of the district, said Tim Ford, district chairman, but “the change will be good (for the region) going forward.”

For the past nine months, traffic at mystic.org increased 8 percent over the same period a year ago, Wood said, but the reduction of statewide marketing funds last year to $1 hampered the region’s ability to draw more visitors, even though the bureau invested $370,000. Nonetheless, that investment “showed us what works,” Wood said.