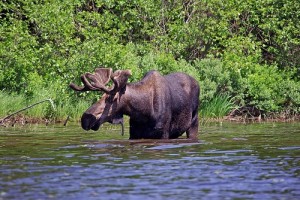 Steve’s breakdown: The key line of the article is “The tourism department will now issue two requests for proposals on Jan. 23. One request will be the overall marketing strategy. And the second will be focused on developing the tourism industry and producing a touring guide.” It’s believed the total budget is in the $5 million neighborhood.

CAMPBELLTON, Canada: The Department of Tourism is reducing the number of advertising agencies it uses for marketing activities, a move that will allow the provincial government to end an existing contract with a Liberal-friendly advertising firm.

Tourism and Parks Minister Trevor Holder announced on Thursday that his department was reducing the number of advertising agencies working on the province’s tourism and marketing strategies.

Holder said the decision had nothing to do with the political connections of Saint John-based Revolution Strategy. It came after the department evaluated how it was delivering its programs and services, he said.

“The department has determined that streamlining marketing services and using a single agency of record to design and execute marketing campaigns will be more efficient and will save money,” Holder said.

This decision means that Revolution Strategy will not continue its contract with the provincial government.

The company had a three-year contract with the provincial government with an option to renew the deal for a fourth and fifth year. The tourism department’s announcement on Thursday means the company will not have its contract renewed.

Revolution Strategy was hired by the former Liberal government in 2009. The firm, and its predecessor, ran the Liberal party’s 2003 and 2006 election campaigns.

‘We fully support this move, as it will allow [Tourism and Parks] to present New Brunswick in a more integrated, strategic manner for better value.’—Revolution Strategy

The Progressive Conservatives have criticized the company’s work for the tourism department in the past. The Tories slammed a series of ads launched by the firm that ended up being cancelled by the Department of Tourism.

The Saint John-based company posted a statement on its website saying it agreed with the government’s changes.

“There will be some changes with how New Brunswick Tourism and Parks manages its marketing business, and we think that’s a good thing. NB TAP [Tourism and Parks] currently uses four marketing agencies and they will be moving the business to two after June 2012,” the statement said.

“We fully support this move, as it will allow TAP to present New Brunswick in a more integrated, strategic manner for better value.”

The company also said it has “met or exceeded” its key performance indicators.

“We have won numerous international awards for our work, and we provide excellent client service. We look forward to presenting our bid – and delivering an awesome campaign for summer 2012,” the statement said.

The provincial government currently has four agencies working on marketing activities. The new model will have one agency provide advertising and promotional services related to its tourism campaign.

The tourism department will now issue two requests for proposals on Jan. 23.

One request will be the overall marketing strategy. And the second will be focused on developing the tourism industry and producing a touring guide.