Panasonic in PR agency hunt for first foray into smartphones

Panasonic in PR agency hunt for first foray into smartphones 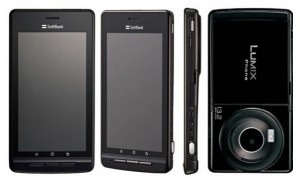 Steve’s breakdown: The is a big bet but I take their money if I could.

OSAKA, Japan: The pan-European brief is understood to include the UK plus five other European countries.

The company, Japan’s largest maker of home appliances, has not sold mobile phones outside its home country since 2005. Panasonic will be producing Google Android-powered handsets in several countries in 2012 and is looking for consumer agencies to support this.

One device is the P-07C, a 4.3-inch touchscreen handset that has mobile TV capabilities. The firm is understood to have spoken to a number of consumer agencies in the UK. Panasonic declined to comment.