PR battle at the Olympics: Coke vs. Pepsi

Home Accounts in ReviewPR battle at the Olympics: Coke vs. Pepsi

PR battle at the Olympics: Coke vs. Pepsi 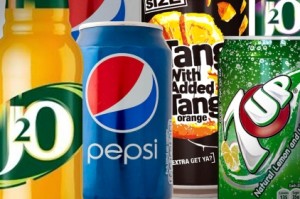 Steve’s breakdown: It’s Coke vs. Pepsi UK style! They already have some big players in the pitch but you can still get in if you have the juice!

CHELMSFORD, UK: The firm behind Robinsons, J2O and Tango has been speaking to a number of consumer PR agencies in recent weeks as it searches for additional comms support.

With the Olympics less than a year away, Britvic is keen to ensure that it does not lose ground to rivals who are official 2012 sponsors.

It is understood that Freud Communications and Hill & Knowlton are among the agencies being considered to run a high-profile consumer campaign promoting a range of Britvic’s brands in 2012.

Britvic is one of Europe’s leading soft drinks companies. It also holds an exclusive franchise agreement with PepsiCo for producing and bottling Pepsi and 7UP in the UK.

Britvic’s biggest rival, The Coca-Cola Company, is a worldwide partner of the Olympics.

As part of that deal, Coca-Cola receives global marketing rights in the non-alcoholic beverages category and use of the Olympic symbols and mascots in advertising and promotional activity.

According to a special Olympic report published by Mintel in July 2011, non-sponsor brands are likely to promote themselves by ‘associating themselves with sports on the Olympic roster’ and ‘through displays of sporting patriotism and alignment with unspoken elements of the Games’.

A Britvic spokeswoman confirmed that a pitch ‘for a specific consumer campaign running next year’ was under way but declined to give details on the brief.