Ranbaxy scouting for an agency for the pain-relief brand Volini

Ranbaxy scouting for an agency for the pain-relief brand Volini 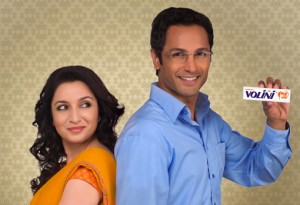 Steve’s breakdown: This review is underway but they are still scheduling meetings with more shops. I suspect they will continue this until they see something they like. Check out their present TV ad here: www.volini.com

GURGAON, India, Pharmaceutical company Ranbaxy Laboratories is on the lookout for a creative agency to work on its pain relief brand Volini. The size of the business is about $3.3 million.

The creative pitch is on currently, with agencies like Hammer Advertising and Eleven having made their presentations. In the forthcoming weeks, more agencies are expected to present their thoughts and ideas. While and Saatchi & Saatchi is the incumbent agency on the account.

Confirming the development to afaqs!, a senior official, on the condition of anonymity, says, “The idea is to further consolidate the position of Volini as a pain-relief brand across the country.”

In 2007, the company had appointed Saatchi & Saatchi as the creative agency for the brand, after Volini was re-launched as an over-the-counter (OTC) product. Prior to that, Volini was a prescription drug. Volini comes in the form of a gel, a spray and a tablet.

For the record, Ranbaxy, which was incorporated in 1961, has a presence in 23 pharmaceutical markets of the world. The company has a global footprint in 46 countries, with manufacturing facilities in seven countries, serving customers in over 125 countries. In June 2008, Ranbaxy entered into an alliance with Daiichi Sankyo Company, one of the largest Japanese innovator companies, to create a generic pharmaceutical powerhouse.