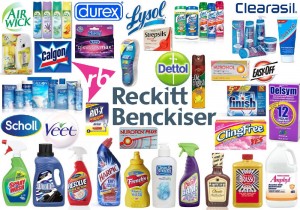 Steve’s breakdown: Even though Reckitt gave an agency 23 brands to handle in North America ealier this year, they are moving forward on this global review.

BERKSHIRE, UK: The FMCG giant’s global digital marketing manager, Giovanni Gribaudo, has approached a number of agencies about the brief, with a view to holding a review process early next year.

Reckitt is believed to want an agency to work across all of its main categories and brands such as Clearasil, Vanish, Calgon and Airwick.

Agencies on the Reckitt roster – which include Euro RSCG, the company’s advertising network of record, and Iris – are unaffected by the search for a new global CRM agency.

Earlier this year, Reckitt appointed Iris’ New York office as its digital agency of record for 23 brands in North America after a review.

Reckitt has stated its commitment to switch media spend from traditional TV channels to digital and other targeted media, with a focus on support for its health and personal care “powerbrands” that is “more cost-effective”.

The company has increased its media spend by 8 per cent this year.