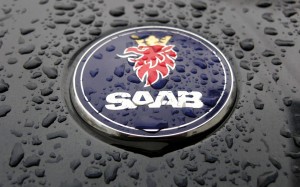 Steve’s breakdown: Last month we scooped the entire American press about Saab putting their $114 million global advertising account into review. Now it seems after that review is complete, they are going to hire an agency to handle the USA.

Michele Tinson, director, corporate communications at Saab Cars North America, confirmed the pending review but did not say when it is expected to occur. McCann Worldgroup is the Swedish automotive brand’s agency in the U.S.

Saab spent just $13.9 million in measured media in the U.S. last year, per Nielsen. (That amount does not include online spending.) As recently as 2007, Saab spent $26.4 million in the U.S.

The former General Motors auto company is now owned by Swedish Automobile which was previously known as Spyker Cars.

Saab has struggled as a niche brand in an automotive world dominated by larger players. Global sales are below 50,000 cars per year. By some estimates, Saab sold about 120,000 cars annually at its peak in the late 1980s, early ’90s.