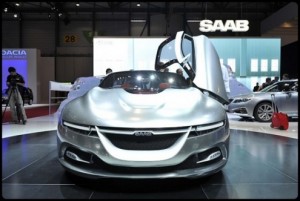 Steve’s breakdown: The Ratti Report has done it again and scooped the entire American media reporting this major account review. Last time it was Heineken. OK, this article is a bit confusing in regards to the budget size but don’t let that hold you back. There’s an RFI out there that you’ll have to get via Stockholm. Go forth and Godspeed!

STOCKHOLM, Sweden: Saab is on the hunt for a new lead agency with responsibility for the carmaker’s $114m global advertising business.

The premium automotive brand has issued an RFI to agencies with a view to hiring an agency to generate global work that will then be adapted to local markets.

“We have our own agencies but we’re basically part of a global brand exercise which is controlled out of Sweden so the lead agencies are all up there and we’re just doing local modifications and obviously buying space and executing,” Saab Australia MD Steve Nicholls.

“Lowe Brindfors have been the lead agency in Sweden for 15 years or so,” said Nicholls. “The Lowe Brindfors association has been very good for us, it has been around for a long time…but every manufacturer from time to time looks to go out to tender to see what is out in the market.”

Lowe Brindfors cancelled all of its ongoing work for Saab in March because of unpaid bills, according to Swedish press reports.

Australian agencies have up until now done adaptation work on the creative output that comes from the lead agency but Nicholls declined to name them on account of the work not being creative but rather technical re-working.

The US advertising is done by McCann Erickson, while McCann Birmingham handles the UK$7 million advertising account which will not be affected by the review.

It is unclear whether the move to hire a new agency would be part of a wider rebranding strategy but Nicholls speculated that could be the case.

“We’ve had a pretty consistent brand position probably going back into the early 90s,” Nicholls said. “I suspect that, as with anybody, you want to do a reality check now and then and make sure that what is going on in the marketplace reflects what is happening at head office.”