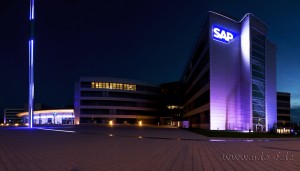 Steve’s breakdown: Seems the PR account at SAP has gone rouge! Multiple markets could go into review with the UK account already there. Get your boots; this could be a mess.

WALLDORF, GERMANY: SAP is set to kick off a multi-market review of its public relations activities, putting nine-year global AOR Burson-Marsteller on alert.

The German software giant is effectively decentralising its hold on worldwide agency relationships, following an audit of its current arrangements.

“Markets have been given authority to look at other agencies,” said a well-placed source. “Not all markets have taken up that offer.”

SAP UK is understood to be one of the first markets to embark on a pitch, with an agency review of the six-figure local account expected next month.

Burson-Marsteller currently services SAP in numerous markets worldwide, with total fees from the business believed to be in excess of $5m.

The development follows the arrival of Hubertus Kuelps as SAP’s head of global communications in late 2010. Kuelps, recently named to the Holmes Report’s Influence 100, arrived at the company following the departures in quick succession of SAP veterans Herbert Heitmann (to Shell) and Bill Wohl (to a short-lived stint at HP).

Kuelps did not immediately respond to request for comment when contacted by the Holmes Report. A Burson-Marsteller representative declined to comment.