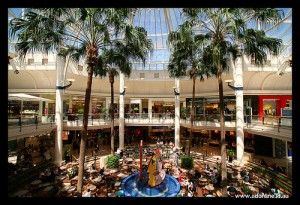 Steve’s breakdown: Spending is around the $500,000 mark for this shopping center. The agency will be charged with the center’s re-launch campaign and its ongoing creative work including in-centre, above the line advertising and digital.

MELBOURNE, Australia, Melbourne’s Highpoint Shopping Centre is searching for a creative agency to bring to life its refreshed brand strategy to mark the centre’s $300m expansion.

The GPT Group-owned centre, located in Melbourne’s West, is currently working with FutureBrand to develop a revived brand strategy.

Highpoint’s marketing manager Tess O’Connell, told B&T four agencies had been invited to pitch for the account with the successful agency to be notified next Wednesday or Thursday.

The victorious agency will be charged with the centre’s re-launch campaign and its ongoing creative work including in-centre, above the line advertising and digital.

Highpoint has been working with Melbourne-based boutique agency Jane The Agency for the past 12 months. It is not known if Jane The Agency was invited to re-pitch for the business.

The creative tender follows a media review which saw Carat awarded the account in October from 18-month incumbent MediaCom.

The $300m expansion is set to be completed in 2013 and it will see Highpoint welcome the first David Jones department store to Melbourne’s western region.

More than 100 additional international and local retailers will be housed in the complex which is set to balloon by 30,000 sqm to 156,000 sqm.

CEO and managing director of The GPT Group, Michael Cameron, said in statement: “Being located in the fastest growing region in the country, the expansion of Highpoint represents a tremendous commercial opportunity.”

“Retailers and shoppers at Highpoint can both be excited not only by a full line David Jones store, but also by a dedicated Australian fashion precinct which will collectively make Highpoint one of Australia’s premier shopping and entertainment destinations.”

Highpoint spent $400,000 on main media between October 2010 and September this year up from $100,000 in the previous corresponding period, Nielsen estimates.