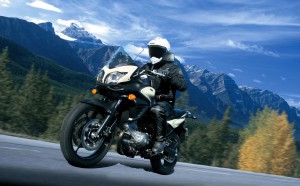 Steve’s breakdown: This review is for a new brand launch. Winning it would be a good step in the right direction to pitching the whole Suzuki account which is 5 times as big.

DELHI, India: Suzuki Motorcycles India is on the lookout for a creative partner. The two-wheeler company had called for a multi-agency pitch in Delhi for its new two-wheeler brand that it intends to launch early this year.

The size of the business is said to be in the range of Rs 10-15 crore.

Senior officials in the agency have confirmed the news to afaqs! on grounds of anonymity, and say, “The agency will work to create the launch campaign for the new brand.”

Brand Serve Communications handles the media duties for Suzuki Motorcycle. At the 11th Auto Expo held in New Delhi, Suzuki Motorcycles India unveiled two new two-wheelers — Swish and Hayate. Swish is a stylised version of its scooter Suzuki Access, targeted at the younger generation. Suzuki Hayate is a 110 cc commuter motorcycle targeted at the masses who use motorbikes for daily commuting and want better mileage. The Suzuki Hayate will compete with the likes of the Honda CB Twister.

The company, in a bid to carve its place in the India two-wheeler category, has announced an expansion plan under which it will increase its production capacity and strengthen its dealer and service network. The company also said at the Auto Expo that it will increase its annual capacity from 3.6 lakh to 5.4 lakh units by 2013.