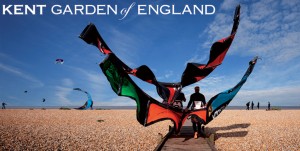 Steve’s breakdown: Now that the royal wedding has come and gone, the country is gearing up for the Olympics in London. And now that I think about it, so should you. So check this opportunity out and then start brain storming who will be next. We will!

KENT, UK: As Visit Kent begins a partnership with two French regional organisations, a tender is to be held for the development of two new websites in order to promote the partnership.

The regional tourism board, alongside the tourism boards in the Nord and Pas de Calais in France are to work together on a joint strategy called ‘Greet the World’ which will promote the joint regions during 2012 and beyond through a series of promotional and development initiatives.

This will include a multi-language campaign website which will promote the regions before, during and after the Olympics in London next year.

Visit Kent all also deliver a redevelopment and implementation of its consumer website in-line with European projects and recent rebranding, including a full eCRM package and destination management system.

To build both sites, the organisation is seeking a marketing and design agency to plan, create and develop them, supported by an electronic customer relationship management and database system.

Expressions of interest for the three-year-contract should be made through the South East Business portal with between five and 10 agencies expected to be involved in the tender.