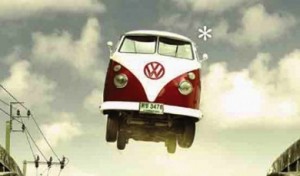 Steve’s breakdown: The Middle-East VW account says they want to “see what is out there.” It doesn’t sound too motivating but it’s still a great account to work on.

DUBAI, UAE: Volkswagen has begun a review of its creative advertising account for the GCC and Levant.

The review is at the credentials stage, with an unknown number of agencies involved. The incumbent on the account is DDB Dubai.

Mona El-Mahdi, brand communications manager at VW, confirmed that the review was taking place. “It’s something we look at, not frequently, but every few years to see what is out there and if there’s something more suitable for us and for our plans moving forward,” she said.

VW is Europe’s biggest carmaker and recorded record profits in 2010, with net profit hitting $9.9 billion. In April, the car manufacturer reported annualised sales growth of 14.5 per cent. “We have made a good start to the second quarter. We aim to maintain this momentum over the coming months,” said VW’s Germany-based sales director Christian Klingler.