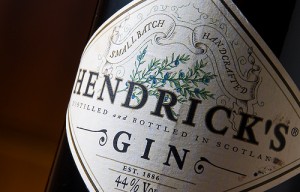 Steve’s breakdown: William Grant & Sons  is looking for an agency to handle digital work for its Hendrick’s gin brand and is finalizing the “short list” of contenders very soon.

LONDON, UK: The company has approached a number of agencies, and a shortlist is due to be finalised later this month.

The move comes as William Grant & Sons looks to provide greater investment into the Hendrick’s brand.

Currently the brand does not have a retained agency working on its digital communications and instead has used agencies to create campaigns on a project basis.

That situation is now expected to change, bringing it in line with other William Grant & Sons-owned brands, such as Glenfiddich, which works with Leagas Delaney, and Glenmorangie, which last year appointed WCRS&Co to oversee its global account.

Historically, the bulk of Hendrick’s marketing has focused on experiential activity. In January the brand kicked off an “adventure-themed” marketing campaign that gave consumers the opportunity to “have afternoon tea with a legend of adventure”, such as the round-the-world yachtsman Sir Chay Blyth.

As Hendrick’s is, peculiarly for a gin, distilled in Scotland, the brand positions itself as a “gin made oddly”, and is manufactured in a dark brown apothecary-style bottle.