Xylys creative business up for grabs

Home Accounts in ReviewXylys creative business up for grabs

Xylys creative business up for grabs 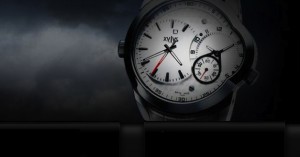 Steve breakdown: We’ve learnt that around five-to-six agencies are currently in the fray for this account but that doesn’t mean the pitch is closed yet. They expect the process to yield results in a month’s time so move fast.

BENGALURU, India: Xylys, the Swiss-made watch brand from the Titan stable is looking for a new creative agency. The pitch is currently underway in Bengaluru. The process was initiated around two-to-three weeks back.

afaqs! has also learnt that around five-to-six agencies are currently in the fray for the account. Presentations are being conducted and assessed. The pitch process is expected to yield results in a month’s time.

At the time of its launch, the Xylys was positioned as a symbol of the new generation achiever. The brand-thought back then was the ‘Power of X’, something that stemmed from faith in oneself, which enabled the achiever to succeed on his own terms. Endorsed by actor Rahul Bose, Xylys was then targeted at people who are, or aspire to be, extremely confident and conscious about the image they project to the world.

Following the launch, the authorities on the Xylys account decided to re-invigorate the brand imagery and give it a stance that will help establish a better connect with its target audience. Around August last year, a brand campaign did just that by communicating a simple story around the watch, while reinforcing the brand’s new and enhanced positioning. The ad campaign was driven by television, print and digital platforms, and spoke about ‘Obsessive Desire’ — the story of a Xylys owner being obsessively possessive about his watch. The brand’s tagline since then has been ‘You don’t possess a Xylys, it possesses you’.

The range of Xylys watches is presently available in three collections — Contemporary, Classic and Sport. It offers more than 100 unique models to consumers.

There is no change on the media planning and buying front; the media AoR (agency of record) continues to be Maxus.