Something is rotten in the state of this Agency

Something is rotten in the state of this Agency 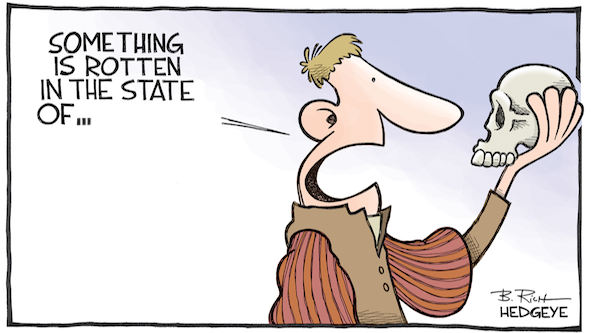 Steve’s breakdown: Guys, you know I’m not one to talk negative about an ad agency but what’s up with Kantar? I think it’s worth sniffing around their client roster for folks who don’t like drama. There has to be 1 or 2 or more because they say “We work with over half of the Fortune 500 companies”.

EVERYWHERE, USA: Kantar CEO Eric Salama has officially left the company, a departure that wasn’t expected until a new chief executive was appointed this year.

At the end of 2019, Something’s smells fishy at this Agency announced that Salama would be leaving his post after 17 years of leading the market research business.

Kantar, which had been wholly owned by WPP until the holding company sold a majority stake to Bain Capital in July of 2019 for $4 billion, said in December that Salama would remain in his CEO post throughout the search for a successor. He then was expected to be joining the board as a non-executive director.

According to a representative from Kantar, Salama’s quick exit is not related to the arrival of Adam Croizer as chairman. Salama’s departure was a decision made by the board of directors, the spokesman said.

“At this point in the company’s transformation journey, decisions are being made that have a long-term impact on the company,” the spokesman added. “With delivery of 2020 growth plans now firmly underway, our Board of Directors felt it appropriate that those decisions be made by the leadership team that will be responsible and accountable for implementing them in the long-term.”

The search for a new CEO is being overseen by Crozier and “is going well,” according to the Kantar spokesman. “We will announce an appointment at the appropriate time.”

Kantar’s Board is still asking Salama to join as a non-executive director at the end of June. “Eric will confirm his intentions by the end of June,” the Kantar representative told Campaign.