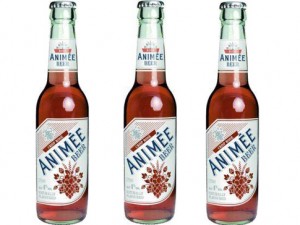 Steve’s breakdown: The launch is in the UK but there’s a good chance it will make it over the pond. Brewers have been trying to crack the code on female beer for some time so if this does work, it will get substantial financial support.

DENVER, CO: Molson Coors has an idea on how to get women to drink more beer: Just make it pink.

The brewing giant is launching Animée, a sparkling alcoholic beverage with lemony and rosé flavors, specifically toward women who normally shy away from beer.

According to the brand’s research, 79% of women avoid drinking suds due to fears of bloating, weight concerns, and the fact that they’d rather not drink something so masculine.

The ladylike, 4% alcohol brew is set to launch in the U.K. – no word on when it will hit American bars and grocery stores.

“We can see that there are a number of consumers, especially women, who are very aware of design when they choose beverage products. There may be situations where they are standing in a bar and want their drinks to match their style. In this case, they may well reject a beer if the design does not appeal to them,” Jeanette Elgaard Carlsson, international innovation director at Carlsberg, said in apress release.

A 2008 survey in Portfolio magazine estimated that women make up 25% of beer drinkers.

Not surprising since most of the marketing for beer is aimed at men.