We wrote about this agency change in November

We wrote about this agency change in November 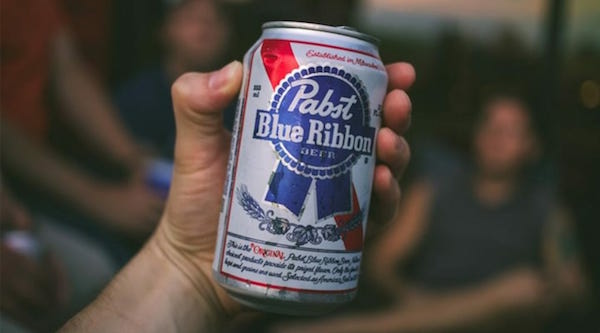 Steve’s breakdown: When we saw Paul Chibe join Pabst Brewing back in November we knew a grown-up was coming on board to steady the ship and an agency change was on the way.

See our prediction is at the bottom of the page.

After the brewer parted with Stagwell-owned 72andSunny last year it began working on a project basis with shops, said Nick Reely, VP of marketing for PBR. However, in recent months, the company switched gears and began to look for an agency of record to provide “consistency.”

“I love the idea of having project-based partnerships, but when you do that, you always get variances of the brand tone and the brand point of view versus one singular crystallized, consistent POV,” Reely said. “So getting to the latter rather than the former was important to me.”

This appointment represents an expansion of DNA’s business with the company—the Seattle agency has been handling creative for Pabst’s Rainier Beer and Dragon’s Milk Stout brands for the past few years. DNA has launched some out-of-the-box work for those brands such as a Dragon’s Milk Stout-themed video game that offered players a chance to win a Playstation 5 or a throne made from bourbon barrels. Last year DNA launched Rainier’s hard seltzers with a comedic campaign that shows a parody scientist, Ron Yaier, with the “Rainier Center for Discovery,” finally discovering the new “species” swimming in the Pacific Northwest.

“The work [for Rainier] was pleasantly disruptive, so not shock value marketing, but something that definitely stood out and therefore was more memorable,” Reely said. “The work is also irreverent, not for the sake of being weird, but because that is the point of view of the brand. Those are all things that are adjacent to who PBR is at its ethos and at its core.”

DNA will also handle PBR’s social media account, which drew headlines in January after a rogue employee issued a series of lowbrow tweets from the brand’s Twitter handle that referenced sexual acts. The company apologized and removed the tweets.

On the media side, Reely says the brand was looking for an agency that was “nimble” in its ability to reach across the brewer’s entire portfolio.

“We worked with Assembly for the last couple years when we had 72and Sunny handle most of our creative work, and that was a great relationship as well; we’re just looking to optimize our business and see what other opportunities were were out there,” Reely said.  “DNA brings a certain level of flexibility that’s really good for our business given that we have multiple brands across multiple regions with multiple different-sized budgets. We thought that moving to DNA based on how nimble they could be with those brands was a good move.”

The agency has focused on growing its media department, which currently has more than 15 employees. Last year DNA hired Wieden+Kennedy media vet Alex Dobson as director of media and communications planning, a new senior leadership role at the agency.

The privately held brewing company is now under the leadership of Paul Chibe, who was named CEO in November, succeeding Eugene Kashper. Chibe is a former U.S. chief marketing officer for Anheuser-Busch InBev who had most recently served as global president of sugar confectionary for candy company Ferrero Group.

Pabst, whose brands also include Olympia, Stroh’s and Lone Star, finished 2021 with 1.3% market share of the beer category (not including bar and restaurant sales), which was down 0.1 points, according to NielsenIQ data cited by Beer Business Daily. While Reely wouldn’t confirm the brand’s ad spend numbers, he admitted that it is less than other key competitors in the category.

“When we swing, we need to hit. We don’t have the opportunity to run 52 weeks of media with 12 different campaigns, so we need our plans to be sharp, concise, and effective,” Reely said.

Pabst has been known for some attention-grabbing campaigns. Last year PBR gave consumers a chance to advertise the brand in its homes for free.

Another challenge for the brand moving forward will be maintaining its status as a “value” brand as ongoing inflation issues affect marketers in all categories including beer brands. In February Heineken CEO Dolf van den Brink said that cost inflation is “off the charts” and could possibly impact the price of its beer.

“It’s definitely going to be a challenge if you look at PBR’s core attributes according to Nielsen data, one of our core attributes is good value for the money,” Reely said. “So we know that every time a consumer pulls out their wallet, they have the opportunity to make a choice, and when they’re making a choice about PBR, one of those factors is value. We want to ensure that we’re still offering.”