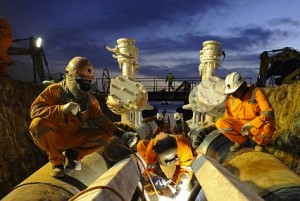 Steve’s breakdown: In-house agency alert! Though this might be a huge account, there may be a few strings attached. Don’t let that hold you back from pitching but ask a lot of questions.

DELHI, India: Oil and gas exploration company Cairn India has called for a creative pitch, according to industry sources. The multi-agency creative pitch is in its initial stages and is in progress in Delhi. The size of the account could not be ascertained.

It is learnt that Cairn India has set certain parameters for the agency selection for initial screening, including the size of an agency in terms of billings and the effectiveness of its past work.

It may be noted that Cairn India has a corporate communication team led by Manu Kapoor, Director Corporate Affairs, Communications and CSR, that also boasts of an in-house design team that works on the creatives of the company. The agency that will be appointed may have to work in synergy with the in-house Cairn team.

At one time, Adfactors Advertising had handled the account for five years. The media relations duties of Cairn India were also with Adfactors PR since its IPO in 2006. But that changed some time ago when the company’s own external communications team took over these roles.

According to industry sources, the stage is set for a fierce fought pitch with several top ranking agencies in the fray. However, it is learnt that top branding houses like Interbrands and Core brands have thrown in their hats and will be pitted against the local biggies.