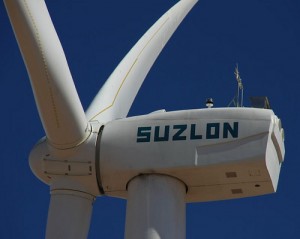 Steve’s breakdown: Lowe Lintas already holds part of the account’s creative mandate; the agency is part of the ongoing pitch.

PUNE, India: Power company Suzlon has initiated a creative pitch for its corporate brand. The process, currently in its early stages in Pune, was initiated about a week back.

The news has been confirmed to afaqs! by multiple sources close to the development.

In April 2011, Lowe Lintas was awarded part of the brand’s creative mandate, that is, the duties for its consumer engagement campaign that has just been released. While this mandate is to stay with the agency, the rest of Suzlon’s creative duties — for the brand’s upcoming corporate campaign — are up for grabs.

It is learnt that around five leading creative agencies are part of the pitch process. Lowe Lintas, the agency that has crafted the brand’s recently released consumer engagement communication, is also in the fray. Sources also inform afaqs! that the third week of August will see the first round of presentations.

Prior to Lowe Lintas, the creative mandate was with Grey.

For the record, Suzlon commenced operations in India in 1995. In the past, Suzlon has worked towards creating awareness for the category of wind energy, and has attempted to educate the audience regarding its benefits in India. The brand’s basic premise has been to power the world with clean, renewable energy for a greener tomorrow.