T-Mobile on the Hunt for Social-Media Shop

T-Mobile on the Hunt for Social-Media Shop 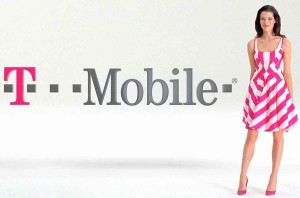 Steve’s breakdown: There are a lot of moving parts with this news but one executive said the pitch includes social-media management, app development and web design. Developing . . .

BELLEVUE, WA: Hot on the heels of T-Mobile USA’s proposed $39 billion sale to AT&T, T-Mobile is ramping up its digital efforts with a review for a social media agency of record, people close to the situation say.

T-Mobile did not respond to requests for comment. But people close to the review say the Bellevue, Wash.-based telecom, which is owned by German Deutsche Telekom, will likely pour significant resources into the initiative. The scope of work could include social-media management, app development and web design, one executive familiar with the pitch said. The work could also touch upon media strategy related to social media platforms.

The company’s agency roster includes Publicis, Seattle, for creative work and Waggener Edstrom for public relations among a number of other firms.

A majority of the company’s social-media resources exist within the corporate-communications department. This could be mean mean PR partner Waggener’s Studio D practice has a shot at the T-Mobile social business. The firm declined to comment, but it wouldn’t be the first time an agency that’s not a digital specialist pitched for and won this type of business.

Like most marketers, T-Mobile’s has tried to boost its social-media presence in the past couple of years, including improvements to its YouTube, Twitter, and Facebook sites, as well as the recent launch of a corporate blog and last year’s addition of Dan Anderson to manage social media.

It’s not clear whether or not the pending AT&T deal has played a role in the decision to bring on a social-media AOR. However, T-Mobile has yet to retire commercials that bash the iPhone and AT&T. In March, T-Mobile spokesman Reid Walker said that “The ads continue to evolve as planned.”

In 2010, T-Mobile parent Deutsche Telekom spent $582 million on measured media in the U.S., according to Kantar Media.