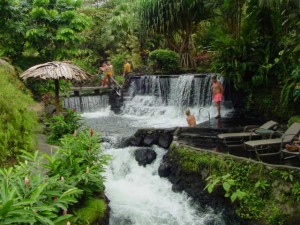 Steve’s breakdown: Costa Rica’s new tourism minister talks about marketing the future. There’s a lot to read but if this is in your sweet spot, take the time and start a relationship.

SAN JOSE, Costa Rica: In his second term serving as Costa Rica’s tourism minister, Allan Flores says he feels a little savvier. His first term managing the Costa Rica Tourism Board (ICT) was during the administration of former President Oscar Arias (2006-2010). Back then, Flores started several projects that he now hopes to continue, including the creation of a new airport infrastructure.

Aware of the challenges the tourism industry faces while it recovers from the latest economic crisis, Flores says that developing small businesses by offering support to private investors is key to growth. He has also launched campaigns to attract new airlines and create infrastructure to make Costa Rica a conference center hub.

Flores recently spoke to The Tico Times to explain his primary goals during this term. Excerpts follow:

TT: It is the second time you are in charge of tourism policy. What’s a valuable lesson you learned from your first term?

AF: I learned that when it comes to public office, one needs to set a maximum of three to four ambitious goals that truly affect the country.

In the first place, I, along with the [ICT] board of directors, have decided to strengthen marketing and promotion strategies, which are the backbone of our institution and the essence of what we do here. Selling the country is what it’s all about.

Second, building an international conference center will allow the country to be part of a very profitable business, which is conference center tourism. ICT has already established a plan to build a new center on 25 acres of land in Heredia (north of San José). The total cost will be $30 million; $10 million will be financed by the ICT and the rest by Banco Nacional and Banco de Costa Rica.

Third, sustainability. We are working on a strategic sustainability plan. We want to educate private firms on how do deal with sewage, how to implement renewable energy sources and how to encourage sustainable business models. All this will become added value for our national tourism policy, and it will be the reason why tourists will continue coming to our country in the long term.

Another project of extraordinary importance is the attraction of new airlines. Tourists don’t come to this country by bicycles or buses, but by flying. We must do whatever is required in order to increase the flights we offer. This goal is so important that it should not only be considered a goal of this government, but rather a goal of the country in the long run. It should become a permanent policy of any tourism minister.

Those are the four main areas of work I will focus from now on.

Regarding a future government-run conference center, what are the benefits of a project like that?

There is extraordinary potential. We already have a place to start building and I am excited about it. Some of the advantages are that we become competitors in this field and start enjoying what we call the “re-visitation phenomena.” That means that a conference attendee will likely come back to the country with family members. Many studies support this trend.

Another advantage of the conference industry is that it is not a seasonal business. A rainy season, for example, will not affect the flow of tourists. Conferences are scheduled all year long no matter if it’s rainy or dry season.

A conference attendee will spend more money than the average visitor. Whoever comes to the country on business usually has the benefit of travel expenses being reimbursed by their companies.

I am sure that by building the required infrastructure, we will be able to compete with other destinations in this same field, while enforcing commercial networking between private investors. The Pedregal Company already inaugurated its events center. Poma Group is investing $12 million on a conference center at the Intercontinental Hotel. All investments will generate 350,000 visitors per year, according to the studies we have.

How can Costa Rica compete with other countries such as Panama, where this kind of business has been developed for several years now? What added value do we offer?

We offer the “Costa Rica” brand, a strong destination brand that other countries may not have. We need to expand our tourism offers and not rely only on adventure, beaches and mountain projects.

In the case of Panama and El Salvador, they certainly have entered in the field of conference tourism, but their results were not as good.

We need to take into consideration that this new kind of tourism takes time to become profitable. Let me give you an example. When a private investor decides to build a hotel, it will take several years for it to be up and running. However, the marketing campaign starts years before that, so when the hotel is finally operating, clients have already booked. That’s exactly what we are doing right now.

Aside from the main goals, what are the plans to develop small tourism businesses?

We are currently working hard to strengthen rural and community tourism products. We are looking to establish an alliance with Economy Minister Mayi Antillón to analyze and better understand this sector… Eighty percent of hotels in the country have on average 20 rooms. In other words, the Costa Rican tourism industry was born out of a network of small businesses, and we will never separate from that model. We will encourage tax exemptions for small hotels.

We are also setting up a countrywide plan to train small business owners in different aspects such as marketing and filing for tax exemptions. We will connect micro-businesses with the development banking program, so that entrepreneurs have access to bank loans under special conditions in order to finance their new projects or expansions.

You mentioned that the strength of tourism here relies on the country marketing a potent image. Are there any plans to refresh the “No Artificial Ingredients” campaign that has been used for several years now?

The “No Artificial Ingredients” campaign has delivered excellent results, and according to experts we have hired, it will be successful for a few more years. That’s why we need to be extremely careful with any modification that seeks to renew such a campaign. Any minor change would have an impact on our international television ads and graphic design all around the world.

However, we are not waiting to end this campaign and then come up with new ideas. So far, we are working on how to design what we call a “country brand,” which is a marketing image including not only the “green” aspects of the country, but also examples of our culture, people and history; in general, a bigger picture of the country.

Does that mean you would increase the annual marketing budget beyond the $18 million it is so far?

It will depend on what marketing campaigns are deployed. It’s not a matter of increasing resources to $50 or $60 million and then expecting a huge increase in visitors the next year. That’s not the way it works.

Only by a series of programmed actions that are constantly implemented over time may we actually attract more visitors. For example, we decided to hire the services of the firm 22 Squared to be in charge of all our publicity in the United States. That’s a strategic move since they’re one of the best creative companies in the world.

That kind of move makes a difference and provides better results than just spending more money on regular marketing. If we hadn’t taken these kinds of measures in the last five years, the tourism industry could have died during the recent economic crisis. In a nutshell, we will continue to enforce our marketing plans by making strategic moves that deliver positive long-term results to the tourism industry.

What’s the strategy to increase airline offerings in the country?

First of all, we need to encourage airport improvement, especially at Juan Santamaría and Daniel Oduber. Costa Rica is considered to be a super destination for any visitor in the world, but if an airport does not meet the required specifications for new airlines to start doing business here, then tourists will not come.

So airlines complain about the airports in Costa Rica?

We don’t get specific complaints from airlines. It has to do with competitiveness issues. Costa Rica has to compete against other countries in order to attract a foreign airline. We need to create a way to attract those companies and make them prefer us.

One of the tools we have to make the country attractive for airlines is called “cooperative campaigns.” We talk to airlines and ask them the best way to advertise their service, email, television, websites or any other type of media.

Once the company makes a decision, ICT subsidizes 50 percent of the costs. This benefit applies not only to new airlines willing to establish businesses in the country, but also to older firms already operating. This is a way to encourage their permanence in the country.

At this moment, we are supporting campaigns for Copa Airlines and Iberia, we are offering incentives to U.S. Airways, and we are negotiating with American Airlines.

What new airlines have shown interest in investing in Costa Rica?

Since we are in negotiations, I can’t provide you with the details. I can tell you some of them are low-cost airlines.

Regarding national tourism, what measures will help encourage citizens to visit other parts of their country?

Sometimes local tourists complain about how expensive it is to enjoy their own country, but the truth is there exists an option for everyone regardless of their budget. That’s why we need to reinforce the campaigns to encourage residents to visit their own country. It’s the right of Costa Ricans to have a local option for their vacations and an obligation for the ICT to encourage the creation of those options.

To achieve that, we will also use part of our marketing budget to promote our culture internally, to allow Costa Ricans to feel identified with it. We will resume the “Aquí Se Cura Todo” (Everything heals here) campaign, which provided great results in the past. I am committed to backing local tourism.

Where does the tourism minister vacation?

My mother’s family comes from Limón (on the Caribbean coast), so that’s why I usually enjoy places such as Gandoca, Puerto Viejo and Punta Uva. To me those are the best places and I love them.