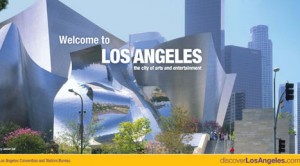 Steve’s breakdown: LA Inc., formally the Los Angeles Convention and Visitors Bureau, is the organization who’s handling the account. No word on a marketing firm but if I were in LA, I’d be picking up the phone.

LOS ANGELES – Hotels in Los Angeles will have new support to keep rooms booked under a tourism marketing plan unanimously approved today by the City Council.

The tourism marketing program is expected to raise about $11.5 million per year to market tourism, specifically benefiting about 160 hotels with 50 rooms or more.

Those hotels will fund the marketing plan by paying 1.5 percent of their total room revenues into a city fund for tourism marketing.

The marketing plan will be crafted by LA Inc., formerly the Los Angeles Convention and Visitors Bureau. The nonprofit is charged with advancing LA’s tourism economy.

The plan was supported by more than 70 percent of hotels that will pay the new assessment.

The Westwood Hotel submitted a letter of protest, arguing the penalties for not paying the assessment on time — a fine of up to 40 percent of the monthly assessment after several late payments — is too severe.

The Los Angeles Athletic Club also opposed the assessment. The club argued that it should not be included in the new district because it is a private club, despite having more than 50 rooms of lodging.

“The Club is a private membership club with restricted access to its facilities. We are not primarily in the lodging business,” Club President Steven Hathaway wrote in a protest letter to the city.

Hotel revenue from some guests — state, federal and international government officials, guests whose stays are paid by federal emergency funds, airline crews on official business and guests who stay longer than 30 consecutive days — will be exempted from the assessment.