Regional tourism council gets $232,387 grant: This stuff is happening everywhere

Regional tourism council gets $232,387 grant: This stuff is happening everywhere 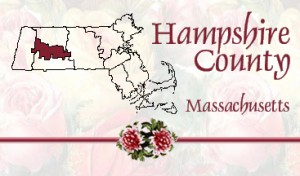 Steve’s breakdown: Tourism accounts continue to grow and be created across the country. Find one near you and pitch!!

AMHERST, MA: Hampshire County’s newly created regional tourism council is getting more than $200,000 in state funding to begin its work promoting the area’s resources in a unified way.

At a luncheon Friday at the Eric Carle Museum of Picture Book Art, attended by 75 representatives from the area hospitality industry, state Office of Travel and Tourism Executive Director Betsy Wall announced that the council, known formally as the Hampshire County Tourism and Visitors Bureau, will receive $232,387. The funding will be matched dollar for dollar by privately raised money, such as membership dues, sponsorship of tourism-related events and cooperative advertising in print and electronic formats. The funding will allow the council to get off the ground.

“The point of the event today was to lay the groundwork for developing the specific plan, program and infrastructure for the organization,” said Suzanne Beck, executive director of the Greater Northampton Chamber of Commerce.

Beck said over the next month a visitors council will be formed that will act as a group to make decisions about implementing a destination and marketing program, to engage the hospitality industry and to begin promoting attractions in the county through the state’s Office of Travel and Tourism and at the Mass Vacations website.

“This will strengthen the region’s presence on the state site,” Beck said.

The regional tourism council was authorized by the Legislature last year when Amherst Democratic Sen. Stanley Rosenberg inserted a provision in the governor’s economic development bill. At the time, Rosenberg said he had been hearing about the need for such a body for close to 25 years.

It is now one of 16 designated by the state to receive portion of $6 million in state funding, Beck said. The start-up of the council came through an initial $24,000 grant from the travel and tourism office. Such an organization goes beyond what the individual chambers do and allows for a clearer, less fragmented message to travelers.

The councils are mandated to market Massachusetts to visitors from at least 50 miles away. Because of this, much of the work at such a council won’t be seen locally. But, Beck said, its impact will be felt locally, with tourism ranking as the third largest industry in the state. For every dollar spent promoting a region, an estimated $40 in revenue is returned.

Beck has been co-leading the effort with Tony Maroulis, executive director of the Amherst Area Chamber of Commerce.

“The first priority will be to create a governing structure,” Maroulis said Friday. “But our main goal is to look at how best to promote Hampshire County as a tourism destination within the larger Pioneer Valley.”

The region as a whole has unique assets that Maroulis says fall into the categories of art, agriculture, and education.

“Art is not just visual art, but also performing arts. Agriculture includes working farms and agri-tourism, as well as hiking trails in state parks and kayaking on the Connecticut River. Education ranges from world-class lecturers to Division I basketball,” Maroulis said.

Maroulis said he was optimistic based on the turnout for Friday’s event. He expects that the money will allow Hampshire County to work within a regional framework that has already been established by previous cooperation among the Amherst and Northampton chambers of commerce, the Greater Springfield Convention and Visitors Bureau, and the Franklin County Chamber of Commerce.

“One of our challenges is how we collaborate with our partners. We already have some projects we’re working on with Springfield and Franklin County,” Maroulis noted.

He said the diverse assets of the Pioneer Valley allow for many opportunities.

“It’s a place where you can walk down the street and pass both a Nobel laureate and a rock star,” he said.