Tourism board takes over sports marketing

Tourism board takes over sports marketing 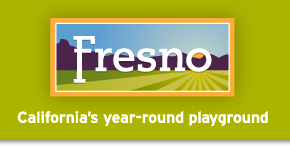 Steve’s breakdown: Fed-up with budget cuts, these folks took matters in their own hands by creating the Fresno/Clovis Convention and Visitors Burea. And depending on things work out, there could be a decent budget to work with here. If you’re in the neighborhood, this is worth looking into.

FRESNO, CA: Sporting events bring more money and visitors to Fresno than any other attraction. But the ability to draw those events to town has been threatened by budget cuts.

Whether it is softball, cross country, wrestling or bowling — athletes and their supporters tend to spend more here than the average tourists on their way to Yosemite National Park or elsewhere, according to tourism officials.

But with around $50 million in cuts to Fresno’s budget since 2009, the funding that for years had been used to attract popular competitions has now disappeared, leaving hotel and restaurant owners to woo new and old sports organizations with their own incentives.

Rallying this charge is the staff of the newly dubbed Fresno/Clovis Convention and Visitors Bureau, coming off the creation of a Tourism Based Improvement District that self-funds the organization for the first time through a 1-percent assessment on hotel room nights.

“In order to get some of these events, hotels are stepping up and they’re offering to give back $5 a night or other rebates,” said CVB President and CEO Layla Forstedt.

Representatives of those tourism-based businesses appeared with CVB staff before the Fresno City Council in May asking for its continued support for sports by setting aside $60,000-$70,000 to fund bidding efforts against other cities on events looking for a venue.

For the past six years, up to $200,000 has been pledged annually from the city to provide some financial leverage as CVB pitched Fresno bid-by-bid to various athletic organizations on the city’s finer features and accommodations.

Although the city agreed to honor the $50,000 or so in commitments it made before the recently passed 2011-12 budget, that financial contingency has been stripped from future years.

Meanwhile, the Fresno Sports Council — a nonprofit established in 2004 by then-Mayor Alan Autry to direct those funds and attract sporting events — disbanded nearly four months ago.

“We’re continuing to do everything they did,” Forstedt said. “The difference is we’re the only ones coming up with the money. It’s kind of like inviting someone to come to dinner and not necessarily being able to provide the food, but we’re going to do it.”

While there were some years that the city’s budgeted funds for sports marketing were not completely exhausted, the loss has spelled a lack of visibility and financial incentive to entice competitors and their spectators to the area.

According to Forstedt, however, the CVB’s mission of marketing to sporting events is as strong as ever, armed with an estimated $1 million a year from the TBID formed in January with the backing of two neighboring cities and around 80 local lodges.

“We’re planning one way or another to have these events come in,” Forstedt said. “There are a lot of people in our community that are very interested in sponsoring, and our thought is that we’ll just find ways to do it, especially once the city gets healthier financially.”

Hotels and restaurants in Fresno rely on annual events like the California Interscholastic Federation’s Track and Field State Championship held each June in Clovis. The event, recently approved to run through 2014 at Buchanan High School’s Veterans Memorial Stadium, injects an estimated $1.2 million into the local economy each year.

Fresno was granted until 2017 to host the CIF State Cross Country Championship, held each November in Woodward Park. Scheduled the Friday after Thanksgiving, the event generally produces $400,000 in economic impact for the city every year.

Senior Softball-USA has committed to hold its Regional Championships in Fresno from August 9-14, bringing in 50 teams from surrounding states with expectations of generating 1,000 hotel-room nights and $420,000 in economic impact to the city.

The Clovis Swim Club also attracts a lot of attention outside the Valley, while Forstedt said bowling is another popular draw to the area.

“For my hotel, (sporting events) generate a lot of weekend business that we would otherwise not have,” said Amy Preston, general manager of the Courtyard by Marriott in Fresno, “not only from sports teams that stay at the hotel, but also from the families that travel to watch their kids and alumni that travel to watch old teams.”

In Fresno County, direct travel spending increased 12.5 percent from $916.2 million in 2004 to more than $1.08 billion in 2009, according to the latest research by Dean Runyan Associates. Accommodations such as hotels and motels made up $148.5 million of that amount in 2009.

“We’re very fortunate here because we have a lot of great venues,” said Chad Gammon, CVB’s sports sales manager. “Sports is our number one market. We can promote 300 days of sunshine and the facilities to go with it.”