Home Blood in the WaterTurmoil at Foxwoods could spell marketing opportunity 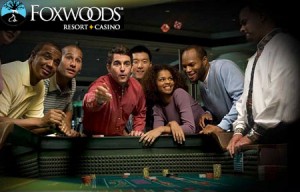 Steve’s breakdown: The you-know-what is hitting the fan at Foxwoods. In February they lose their CMO and now, not only do these three executives leave, their bartenders have voted to form a union – – again. This all spells out big changes and that has to include marketing. The website is a shell of its former self and the last ad campaign has some old school rat-pack theme that totally missed. Get in there and save this place.

“All three of those guys are talented executives who have done a great job for Foxwoods,” Butera said Monday in an interview. “We’re trying to make some changes, going in a different direction, and we have some young talent that’s going to help us get there.”

He said the departures announced Friday were “amicable.”

Butera, who took over as Foxwoods’ top executive in January, declined to discuss whether other departures involving managers have taken place.

“We’ve got over 7,000 employees here and some are always coming and going,” he said. “I can tell you we have no mass layoffs in mind.”

Cregan arrived at Foxwoods in 2007, as the casino was preparing for MGM Grand’s opening the following year, joining a team assembled by John O’Brien, then Foxwoods’ president. When O’Brien resigned in January 2008, Cregan was named interim president. He held the post nearly a year, until Michael Speller was named president.

Karoul began a second stint as Foxwoods’ vice president of casino marketing last August, having previously held the post from 1999 to 2006. Rodriguez arrived at Foxwoods in 2000.