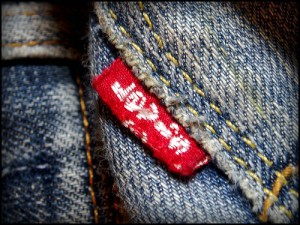 Steve’s breakdown: They’re looking for lightning to strike twice and that’s a tall order for anyone. But maybe with your help, it can be done.

SAN FRANCISCO, CA: One of the executives overseeing those popular Old Spice ads (“The Man Your Man Could Smell Like”) has been hired as the new top dog in charge of Levi Strauss & Co. , the global manufacturer of jeans and sportswear marketed under the Levi’s, Dockers, and Levi Strauss Signature names.

Chip Bergh, a long-time veteran at P&G, is stepping in as the CEO for Levi Strauss in September. He will replace John Anderson, who is retiring after working at the denim maker for 32 years.

The new CEO will be expected to enhance Levi Strauss’ level of growth since it bottomed out during the recession. At the end of 2009, the company saw its revenues fall 6.5% while its profits plunged by around 33%. (It has since posted a 9.6% increase in revenue for 2010, but profits still declined.)

Even though its Levi’s jeans are universally known as an iconic American brand, the company still depends on half its revenue generated from outside the US. Sales in North America, Japan, and Western Europe have taken a hit recently because of the sluggish economic climate, demographic shifts, and increased competition from trendy lower-priced apparel offerings.

Bergh is the former president of P&G’s global male grooming unit, a $7 billion division that manages the Gillette, Old Spice, The Art of Shaving, Zirh and Oly Men Solutions brands. He worked at P&G for 28 years and helped drive the 2010 Old Spice ad campaign and expanded the Gillette Fusion brand to more than 80 markets outside of North America.

In his new post, Bergh will oversee the Levi’s, Dockers, Signature by Levi Strauss & Co. and Denizen brands, which are sold in more than 110 countries. And Levi Strauss hopes the marketing savvy Chip Bergh demonstrated while managing thjose Old Spice commercials will freshen up the Levi’s brand for a younger consumer base and galvanize its competition against chief rival VF Corporation, the maker of Lee and Wrangler jeans and apparel.

At the very least, the executive move can been seen as the latest initiative by the denim maker to “masculinize” its brand. The company has recently launched its “Wear the Pants” global marketing campaign designed to emphasize the masculinity of Dockers apparel.

So maybe a future Dockers ad similar to the Old Spice one entitled “The Pants Your Man Could Wear” doesn’t seem so far-fetched.