Launching a bank will require an ad agency

Home Industry: FinancialLaunching a bank will require an ad agency

Launching a bank will require an ad agency 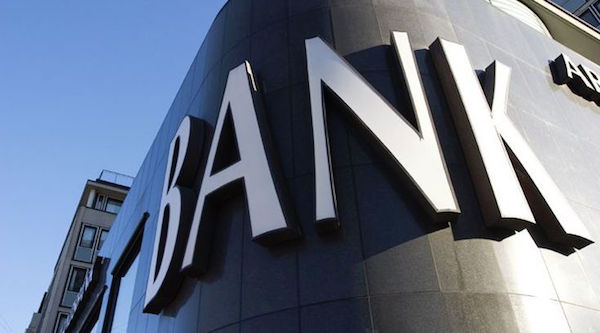 Steve’s breakdown: Square got “OK” from FDIC to open a bank and they’re going to need a lot of help to do it. Just checkout their “Careers” page. That’s proof enough for us. So give theiur CEO, Lewis Goodwin, a ring and get the ball rolling

SAN FRANCISCO, CA: Square, which revolutionized the processing of digital payments for small businesses, yesterday received approval from the Federal Deposit Insurance Corp. (FDIC) and the Utah Department of Financial Institutions to operate a bank, Square Financial Services, that will provide loans and deposit products for its clients. It is expected to launch next year.

“Square’s banking effort started over 2½ years ago and was marked by opposition from some bank lobbyists and community groups, who objected to Square’s decision to pursue a charter for a so-called industrial loan company,” Peter Rudegeair reports for The Wall Street Journal.

“Industrial-loan companies enjoy many of the same privileges as traditional banks — but can be part of corporations that do things other than banking, making them exempt from oversight by the Federal Reserve…. In order to secure regulators’ approval, Square Financial Services had to agree to a number of conditions, including maintaining ‘significantly higher’ levels of capital than other banks and consenting to have its parent company, Square, examined by the FDIC,” Rudegeair adds.

Despite the positive news, Square’s shares are down more than 50% over 30 days and tumbled 11.69% Wednesday “as investors worried that business lockdowns and an economic slowdown could help realize some of Wall Street’s worst fears about the company. The payment processor has seen explosive growth since its November 2015 IPO by making it easier for small businesses to accept credit-card payments and leveraging its relationships with those merchants to sell add-on services like payroll management. Square also provides loans to its sellers and has a consumer-facing business featuring bitcoin and equities trading,” Emily Bary writes  for MarketWatch.

“Square’s stock had enjoyed a more-than-500% rise since the IPO at the time of its recent peak in February, but a chief concern among bears amid Square’s rally was how the company would fare in an economic slowdown. The company not only handles payment processing for small businesses, which are viewed as the most at-risk during downturns, but it also lends to those merchants,” Bary adds.

“Square is led by bitcoin advocate and Silicon Valley mogul Jack Dorsey. Profits related to bitcoin made up half of Square’s Cash App revenue in the fourth quarter 2019, and the company is active in the crypto venture capital space, most recently funding Transparent Financial Systems, a startup developing a real-time ‘cryptographic settlement’ network. But the bank has no plans to offer any features related to cryptocurrency, a Square spokesperson said,” Nathan DiCamillo writes for CoinDesk.

Square co-founder Jim McKelvey posted a fascinating story about the origins of Square on Medium Tuesday. It begins: “I met Jack Dorsey when he was 15 years old and hired him as a summer intern at my St. Louis software company, Mira, back in 1993. Jack tells people that I was his second boss (after his mother). Sixteen years later, he would become my first.

“In the winter of 2008, Jack was out of Twitter and came home to St. Louis, where he and I reconnected and decided to start a new company. At the time, I was mostly out of the technology game and was working as a glass artist in St. Louis. I told Jack about the endless frustrations I’d had with credit cards while selling my work and had been wondering why my iPhone, which could do so many things, couldn’t also process credit cards. Jack and I knew nothing about the world of payments but decided to dive in….”

Dorsey “has had a turbulent career in Silicon Valley. After cofounding Twitter in 2006, he was booted as the company’s CEO two years later, but returned in 2015 having set up his second company, Square. Since then, he has led the company through the techlash that has engulfed social media companies, at one point testifying before Congress alongside Facebook COO Sheryl Sandberg,” Business Insider’s Isobel Asher Hamilton wrote in a profile last week after Bloomberg had revealed that Elliott Management was trying to have him ousted from Twitter.

“Elliott Management had been concerned about Dorsey’s dual role as CEO of Twitter and Square,” The Guardian’s Dominic Rushe wrote  last week while reporting that the two parties had arrived at a truce.

“Dorsey has elsewhere provoked his fair share of controversy and criticism, extolling fasting and ice baths as part of his daily routine,” BI’s Hamilton writes.

No quip from me.