UnitedHealth Group to expand into Brazil

UnitedHealth Group to expand into Brazil 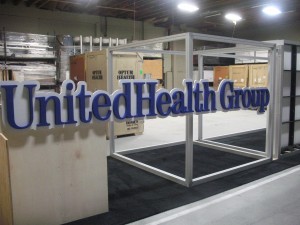 Steve’s breakdown: So many of our suscribers want to expand in the growing marketing place of South America. Well, here’s a whoper for ya.

MINNETONKA, MN: UnitedHealth Group Inc. will spend about $4.9 billion to buy a majority stake in Brazilian health benefits and care provider Amil Participacoes SA, as the largest U.S. health insurer leaps into an international market it says is primed for growth.

UnitedHealth, based in Minnetonka, Minn., said Monday that the deal gives it better access to a country of 200 million people where only 25 percent of the population is covered by private health insurance. In contrast, about 78 percent of the U.S. market has private health benefits, as opposed to government coverage like Medicaid or Medicare.

Amil Participacoes is the largest health insurer in Brazil, with a network of providers that includes 3,300 hospitals and 44,000 doctors. In addition, it also owns 22 hospitals and about 50 clinics, with most of its business is concentrated in the country’s two largest cities, Sao Paulo and Rio de Janeiro. The company reported $4.45 billion in revenue last year.

UnitedHealth said Brazil, which has the world’s sixth largest economy, is promoting private sector care to relieve pressure on its publicly funded system. The number of people covered by private health insurance has climbed 35 percent since 2005 to nearly 48 million last year.

UnitedHealth currently operates in 70 countries, and its services include expatriate coverage for people living outside their home countries. But company spokesman Don Nathan said it had only a “very small” presence in Brazil before this deal.

UnitedHealth and competitors like Cigna Corp. are pushing to increase their international operations as enrollment growth in the U.S. market slows while the economy sputters.

Insurers are looking to grow internationally because those markets come with more potential to add customers and a chance to diversify revenue sources, said Sheryl Skolnick, who covers the industry for CRT Capital Group.

“The U.S. market for insurance is a mature market, it’s not the most efficient market in the world to say the least,” she said.

The U.S. health care overhaul is expected to add millions of new customers for insurers starting in 2014, when the state-federal Medicaid program expands and people begin to receive tax credits to help them buy private coverage. But the law also taxes insurers and restricts how they provide coverage.

Skolnick also noted that the overhaul’s business expansion is not guaranteed, due to the upcoming presidential and Congressional elections. Republican presidential candidate Mitt Romney has said he will start repealing the law if he’s elected.

UnitedHealth will pay cash for about 90 percent of the outstanding shares of Amil Participacoes SA, and it has an option to buy the remaining 10 percent after five years. The cost of the purchase drops to $4.3 billion when counting Brazilian tax benefits.

UnitedHealth also said Monday it expects third-quarter earnings to be at least $1.45 per share. That trumps analysts’ expectations for earnings of $1.25 per share, according to a FactSet survey. The insurer will release the rest of its results Oct. 16.

UnitedHealth shares rose 40 cents to $57.53 in midday trading Monday, while broader indexes slipped less than 1 percent. UnitedHealth shares are down 4 percent from their 52-week high of $60.17 on June 19. They traded as low as $42.86 last October.