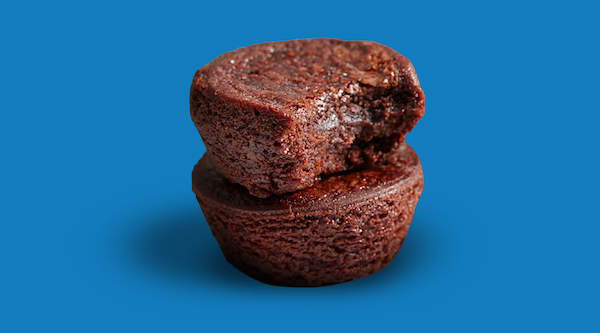 Steve’s breakdown: Give & Go now has lots of cash for advertising because their the newest best friend of Mondelez

Greg Petrie is in charge of marketing.

ONTARIO, Canada: Mondelez completed its acquisition of a majority stake in Give & Go, according to a company statement. Terms of the deal remained undisclosed.

As the snacking trend has gained momentum in recent years, few companies have been as ideally positioned to capture this growth as Mondelez. ​

The purchase of the aptly named Give & Go not only adds to the fold a range of brownies, cupcakes, pastries and muffins​ that consumers can eat quickly while on the move for breakfast or as a snack later in the day. It also expands Mondelez’s reach beyond center store, where the lion’s share of its products are sold. Mondelez will now have a bigger presence in the fast-growing in-store bakery channel, where higher-quality products can command a premium price.

The move into the bakery channel, however, hasn’t been an easy one for some companies in the past. Hostess Brands sold Superior Cake Products — a maker of premium eclairs, madeleines, brownies, cookies and handheld pies —​​to Sara Lee Frozen Bakery last year for $65 million, just three years after acquiring it. Divesting the in-store bakery company helped shore up Hostess’ finances to focus on its mainstay, center-of-the-store offerings.

To be sure, Mondelez comes with deeper pockets and more expertise than Hostess. Mondelez also might be able to tap into its own portfolio of brands, including Cadbury or Oreo, when it comes to making products in the bakery section. This could further enhance the premium appeal of these items and increase the synergies of the Give & Go transaction.

While Mondelez already had a dominant position in snacking, it has been gradually expanding its reach with a series of smaller acquisitions under the watch of CEO Dirk Van de Put.​ ​In recent years, Mondelez purchased brands including premium cookie Tate’s Bake Shop for $500 million in 2018. It also acquired a majority stake in Perfect Snacks, the manufacturer of organic, non-GMO, nut butter-based protein bars and bites, last year. Both brands are growing at “strong double digits,” Van de Put noted in a presentation to investors last week.

In its purchase of Give & Go, Mondelez adds sweet baked goods, including Two-Bite Brownies (a snack that can be consumed easily in the appropriately named two bites), Kimberly’s Bakeshoppe cupcakes and Mason St. Bakehouse, a maker of granola snacks that tout its use of non-GMO ingredients and the absence of artificial colors, flavors and preservatives. Give & Go also owns Create-A-Treat, a maker of gingerbread houses and cookie decorating kits for holidays and celebrations such as Christmas, Valentine’s Day and Halloween.

There are a few similarities with Give & Go compared to some of Mondelez’s other recent deals that shed some light on the company’s strategy when it comes to acquisitions. Mondelez appears focused on premium snack makers that are smaller in size.

It also likes to take a majority stake in the company — Mondelez also purchased a majority stake in Perfect Snacks — rather than purchase the business outright. Perhaps Mondelez views these transactions as a way to gain insight into how smaller, more nimble companies go about making their products while benefiting from the upside in growth, or it may prefer a wait-and-see strategy before deciding whether to fully acquire the rest of the company.

Van de Put told Food Dive last week the company is open to both smaller bolt-on deals and larger acquisitions to expand its snacking portfolio. But there are obstacles to buying bigger companies — including that many of them aren’t for sale, those that are available are too expensive, or they contain assets Mondelez doesn’t want.

“That’s what makes the opportunity that we will do something big much less likely,” Van de Put said. “The bolt-ons allow us to reinforce in areas. It’s almost like a very targeted approach.”

According to a study Mondelez conducted with the Harris Poll​ last year, snacking is preferred to eating meals for 59% of adults worldwide. For millennials, that figure jumps to 70%. The results found catering to indulgence might actually be an asset rather than a problem; 83% of respondents indicated an otherwise balanced diet can contain some indulgence. Four in five adults appreciated having both healthy and indulgent snacks readily available.

Even as some of its competitors in the CPG space have struggled as consumer tastes and consumption habits change, Mondelez has been one of the few that has managed to excel. As snacking grows in popularity, and the purchasing power of millennials increases, Mondelez should be perfectly positioned to capture even more market share in the years to come.