General Mills buys major brand without a US agency

General Mills buys major brand without a US agency 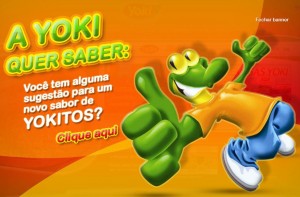 Steve’s breakdown: If you have a relationship with General Mills and want to start doing business in Brazil, one of the fastest growing economies on the planet, it’s time to get busy.

GOLDEN VALLEY, MN & SAO BERNARDO do CAMPO, Brazil: General Mills Inc. said Thursday that it will scoop up Brazilian foodmaker Yoki Alimentos SA for almost $1 billion, its second major international deal in the past year and one that will more than double its Latin American presence.

The acquisition will give Golden Valley-based General Mills a considerably bigger foothold in Brazil, which sports an increasingly vibrant middle class and one of the world’s fastest-growing economies.

The deal also underscores the packaged food industry’s increasing push into emerging markets as U.S. and western European markets slow. Those slowdowns contributed to General Mills’ announcement Tuesday that it’s eliminating about 425 jobs in the Twin Cities, about 7 percent of its local workforce, and another 425 elsewhere.

Yoki, a family-owned Brazilian company founded in 1960, has a notably strong share of Brazil’s snack market, and also makes soup, seasonings and other packaged foods under its Yoki and Kitano brands. The company, which employs 5,000 people, generated about $540 million in sales last year.

General Mills will pay approximately $860 million for Yoki and will assume nearly $100 million of the firm’s debt. “It seems like a smart transaction, and [Yoki] seems like it will fit pretty well with General Mills,” said Jack Russo, a stock analyst at Edward Jones.

Analysts said the price seemed reasonable, as measured as a multiple of the Brazilian company’s sales. General Mills stock closed Thursday at $38.98, up 39 cents or 1 percent.

With Yoki, General Mills’ Latin American sales will more than double to nearly $1 billion a year. General Mills doesn’t break out sales by country, but it employs about 300 in Brazil, where it has been focused on its Nature Valley snack bar and Häagen-Dazs ice cream brands.

Russo said Yoki’s existing sales platform in Brazil allows General Mills to better grow its brands. “It will allow them to sell more of their own products in this market.”

The deal comes after General Mills last summer paid $1.2 billion for a controlling stake in France-based Yoplait SA. General Mills has been making Yoplait under license in this country for decades, but that deal opened up global yogurt opportunities.

“They’ve put an emphasis into expanding into international markets — that was a part of the reasoning for the acquisition of the Yoplait [SA] stake,” said Erin Lash, an analyst at Morningstar. The Yoki deal, “builds on the Yoplait initiative in these faster growing markets.”

General Mills said it expects its international sales to surpass $4 billion in its fiscal year 2012, which ends Sunday. The company’s foreign sales make up around 25 percent of its total revenue, up from 10 percent a decade ago.