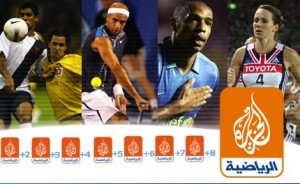 Steve’s breakdown: This is the first time Al Jazeera has launched a marketing campaign for their sports channel so it’s a blank slate. Perfect for creating award winning work.

DOHA, Qatar: Al Jazeera Sports is looking to appoint agencies to handle its creative advertising and media accounts for the first time.

The Qatar-based broadcaster has called a pitch for its entire bouquet of sports channels, with the review currently at the RFP stage. The request for proposal includes information relating to the launch of a 24-hour sports news channel along the lines of the UK’s Sky Sports News, although the RFP does not include a timeframe for the channel’s launch.

There are no incumbents on either of the accounts, although different agencies have worked on various projects for the Al Jazeera Network as a whole. The bulk of the review is understood to revolve around the creative aspect of the business, with the pitching agencies tasked with creating ideas that will promote the sports network’s mission and image, as well as the events its airs.

Al Jazeera Sports was launched in 2003 and has since grown to encompass 15 free-to-air, pay-TV and high definition channels. The network owns the exclusive broadcasting rights in the Middle East for football leagues such as Italy’s Serie A and Spain’s La Liga,
although it lost the English Premier League to Abu Dhabi Sports last season. It also has exclusive rights to the UEFA Champions League, while its purchase of ART’s sports channels in 2009 also handed the broadcaster exclusive rights to the Fifa World Cup.

Dubai-based design and production agency Metaphrenie won a number of awards for its ident work around Al Jazeera Sports’ coverage of the 2008 Beijing Olympics. No one at Al Jazeera was available for comment.