Home Blood in the WaterAnd Now This 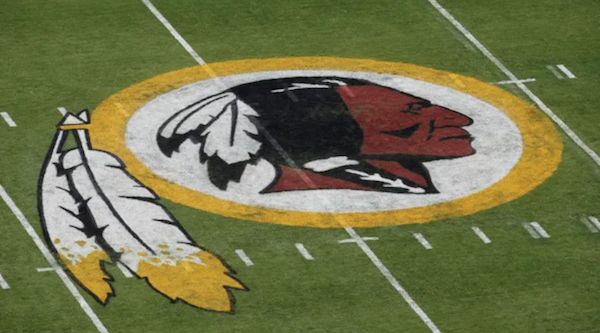 Steve’s breakdown: This article came to us from across the pond (Financial Times) but we think it’s something to take a look at.

No brand is safe and all agencies should be taking a look at all the potential opportunities.

And not for nothin’, when I was a kid the Jets, Giants & Eagles all really sucked. It was a dark time so we adopted the Redskins and I’ve been a fan ever since. Do I want the name change? Yes but can they do it without changing the logo . . . . ?

WASHINGTON, DC: The American football team known as the Washington Redskins is facing renewed calls to change its name, as a growing number of US brands do away with racially insensitive trademarks.

Sports marketing and licensing analysts say that any potential move to change the National Football League team name, which many Native Americans consider a slur, would probably be followed with a bump in merchandise sales.

“Any time a team changes logos or changes its name, fans are going to want to update their gear, and undoubtedly that will lead to a spurt in sales,” said Martin Brochstein, senior vice-president at Licensing International, a global trade association for the industry.

While sports teams have changed insignia for a variety of reasons, doing so to avoid racial insensitivity will spark “emotions on top of emotions” from fans, he said.

Events DC, the local conventions and sports authority in the US capital, on Friday removed a statue of the late Redskins team founder George Preston Marshall, whom the company described as “a person who didn’t believe all men and women were created equal”.

The removal follows remarks by Washington mayor Muriel Bowser earlier this month, who said the team’s name is “an obstacle” to building a new stadium for the football squad.

“I think it’s past time for the team to deal with what offends so many people,” Ms Bowser told a local radio programme. “This is a great franchise with a great history that’s beloved in Washington and it deserves a name that reflects the affection that we’ve built for the team.”

The NFL and the Redskins organisation did not respond to requests for comment. Any potential renaming would be expensive and time consuming. One sports marketing adviser projected that the cost of a total mascot rebrand would be between $5m and $10m.

Patrick Walsh, associate professor of sport management at Syracuse University, said there are precedents for sports teams to refashion away from racially insensitive insignia. Syracuse itself changed its team name from the Orangemen — insensitive to indigenous people — to simply the colour orange.

Most recently, the Cleveland Indians of Major League Baseball last year removed a racist depiction of a Native American on team uniforms, after pressure from the League itself. Still, the process is thorny and can take years. “It’s not something that could be immediate”, he said. “It’s a long process.

The Redskins can’t come out tomorrow and say ‘we’re the Washington —’ whatever the new name might be”, Mr Walsh said. “That would be a six-month to two-year process, involving research on the name change, planning, the League has to approve it, and a whole phase-out of the current brand before the new brand.”

Lisa Baird, the longtime marketing chief of the US Olympic Committee and current commissioner of the National Women’s Soccer League, said organisations must be transparent about reinventing brands. “There are always times you have to throw off a brand’s history and reinvent it,” she said. “There could be short-term logistical bumps in the road, but most people are going to reward brands that make this conversation real about ending racism.” Teams are privately owned and do not disclose financials, but an analysis by Forbes last year ranked the Redskins as the seventh most valuable NFL team, with operating income of $120m.

As George Floyd protests have reignited the conversation about systemic racism in the US, other consumer brands moved decisively this week to shed trademarks perceived as racially insensitive, including Aunt Jemima, Uncle Ben’s, and Mrs Butterworth.

Those decisions have refreshed long-running opposition to the use of “redskin” as a mascot. A study released in February by the University of California, Berkeley, found that half of Native Americans are offended by the Washington team name.

The Oneida Indian Nation of central New York state has for years waged a campaign to change the name, saying in February that “while we are pleased to see prestigious universities devote their attention to the issue, it should not require academic studies to validate appeals by people of colour for decency and respect”.