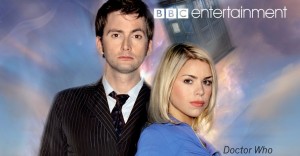 Steve’s breakdown: AAR Alert! Advertising Agency Register London that is. They are handling the pitch so if you’re interest, make sure to have your materials over there. This might all be part of a company shift considering we covered a very similar story in May regarding BBC Worldwide going into review.

The appointed agency will be responsible for creating work to promote its popular franchised programmes abroad such as Doctor Who or Top Gear for its BBC Entertainment channels which is broadcast around 100 countries.

A spokesperson at BBC Worldwide said: “From time-to-time we carry our market place sounding with creative agencies to ensure we can identify the best teams for when project work comes along.”.

The appointed agency will become the BBC Worldwide’s lead agency working on projects which will be executed by local markets. The review process is being handled by the AAR.

Last month BBC Worldwide appointed Work Club to handle a brief to engage with its global audience and drive revenue through digital following a pitch. The agency was tasked with developing revenue streams beyond advertising on its bbc.com website and other BBC-branded websites overseas.

In March the BBC named Rainey Kelly Campbell Roalfe/Y&C and Karmarama as the agencies to work on its £20 million advertising roster.

The move followed a statutory review process, which also involved Dare, JWT London, The Red Brick Road and Fallon, which was a previous incumbent alongside RKCR/Y&R.