Going after Google with Brand Launch but what about advertising?

Home Industry: Media/Pub/EntGoing after Google with Brand Launch but what about advertising?

Going after Google with Brand Launch but what about advertising? 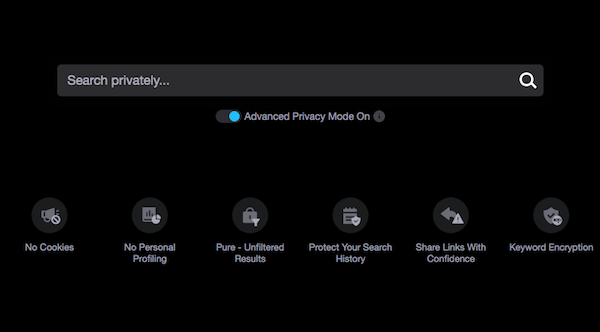 Steve’s  breakdown: Verizon launched OneSearch.com because of all the privacy issues humans have all over the world. I’m 100% for it but they have got to get the word out. hmmmmm . . .

Michael Albers, head of consumer product at Verizon Media is your contact.

NEW YORK, NY: With the acknowledgement that privacy is now a major consumer concern, Verizon Media today announced the start of OneSearch, a new “consumer search experience” that may be most valued for what it doesn’t do.

Already available via OneSearch.com, it doesn’t track, store or share personal or search data with advertisers. If OneSearch works like it sounds it will, it would seem distinctly less “smart” than Google, for example.

Verizon Media says ads OneSearch presents — yes, it’s ad-supported — will be based on simple information like the search keywords entered, not on cookies or browsing history. So if you’re shopping for a pair of shoes, it sounds like you won’t be confronted with ads for the kind of shoes you bought a little while ago.

OneSearch is available for the North American market on desktop and mobile web, and will be available as a mobile app on Android and iOS systems later in January, with launches in other countries coming soon, Verizon Media’s announcement said.

Businesses can also partner with Verizon to offer OneSearch into their own privacy and security products.  And in an “advanced mode,” the links created by OneSearch will expire in an hour, making it less likely multiple users of the same device will know where others have visited.

“We deeply believe in consumer trust and choice, both for our user community and our partners,” said Michael Albers, head of consumer product at Verizon Media, who said OneSearch is an example of Verizon’s “commitment to trust and transparency.”  Albers pitched OneSearch to “privacy-minded searchers.”

There are other search engines that offer much the same thing, including DuckDuckGo and Startpage.com, but Verizon has the marketing presence  to pick up more users quickly.

Privacy concerns have always been around, but until recent years, more as an irksome byproduct of search. Now, though, because of data leaks and more malicious and intrusive use of cookies and data, keeping your business to yourself has become a major marketing tool.

Earlier on Tuesday, Google announced several fixes, most notably a decision to phase out third-party cookies. Because of Google’s overwhelming influence, others are likely to follow.

At the CES show in Las Vegas earlier this month, a giant Apple billboard read, “What happens on your iPhone stays on your iPhone,” a play on the city’s own privacy pitch to tourists — and a reminder that Apple believes its privacy protections far surpass other tech companies.