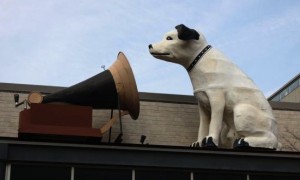 Steve’s Breakdown: Here’s a perfect example of how cut throat Hollywood is. They actually name the people who are not fired yet but might be at the end of the article. WOW.

Anyway, this is a lot of movement at one time and I suspect there are more changes on the way. Though the music business doesn’t spend that much, they do tend to do events. So if that’s your thing, go for it.

With the official naming two weeks ago of CEO Peter Edge and president/COO Tom Corson, the rest of the RCA Music Group team is falling into place.

On the business side, Dan Zucker will lead business affairs and Cliff Silver will head up finance.

In another move, the company will now issue all releases under the RCA Records label. Writes Edge: “With that established, we will be a powerhouse music company second to none in terms of our extraordinary roster.”

But even on the heels of these assignments, sources tell Billboard.biz the label is also planning to lay off about 20 staffers on Wednesday. Among those believed to have been cut are RCA senior VP of artist development Scott Seviour; RCA senior VP of A&R Jeff Aldrich, RCA senior VP of rhythm-crossover promotion Michael Williams, Jive senior VP of video & DVD production Janet Kleinbaum, RCA VP of promotion administration Joan Fallon, and RCA VP of top 40 promotion Dave Dyer.