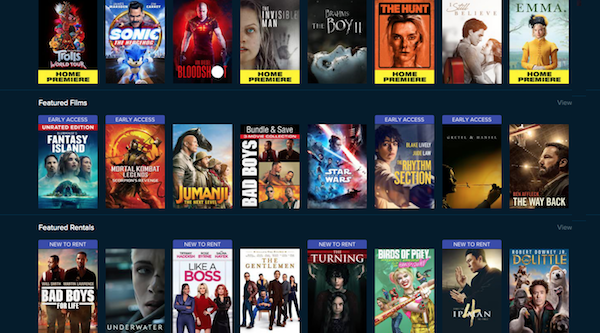 Steve’s breakdown: What Walmart was doing with Vudu is no longer a question cause NBC now owns it and you can bet they are going to kick it up a notch. And that means new advertising my friends!

SUNNYVALE, CA: NBCUniversal’s Fandango movie-ticketing and video-rental business has agreed to buy streaming service Vudu from Walmart Inc., WMT 0.32% a deal that comes as media giants look to offer free or low-cost alternatives for consumers who don’t want to pay for streaming subscriptions.

Walmart, which acquired Vudu in 2010 for more than $100 million, said Monday that it signed the agreement to sell the service to Fandango. Terms of the deal, which will close in coming months, weren’t disclosed.

The Wall Street Journal reported in February that NBCUniversal, a unit of Comcast Corp., CMCSA -3.21% was in advanced discussions to acquire Vudu, a service that allows consumers to buy or rent movies or shows.

The agreement comes less than a week after NBCUniversal’s heavily ad-supported streaming service Peacock started its rollout to Comcast cable and internet customers.

Vudu’s ad-supported service will serve as a complement to Peacock, while its movie-rental business will support Fandango, which is said to have more than 30 million online and mobile monthly visitors, the Journal previously reported.

Vudu, which Walmart said is available on more than 100 million devices across the U.S., in 2016 launched a free, ad-supported service that includes thousands of movies and television shows. Vudu’s free service features movies such as “March of the Penguins,” “Black Hawk Down, and “Gone in 60 Seconds.”

While many companies, including Walt Disney Co. DIS -1.74% and AT&T Inc.’s WarnerMedia, are launching ad-free video services to compete with Netflix Inc., NFLX -0.68% the ad-supported video space has been heating up as competitors look to add free streaming options.

Last year, ViacomCBS Inc. VIAC -2.71% paid $340 million for PlutoTV. More recently, in March, Fox Corp. said it would buy Tubi in a deal valued at as much as $490 million. Comcast also said earlier this year it would acquire Xumo LLC for an undisclosed amount.