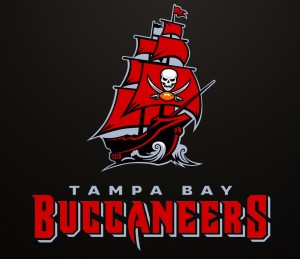 Steve’s breakdown: A little bit about the new guy, Brain Killingsworth, offers hints how to pitch. He loves promotions and stunts like getting in the Guinness Book of World Records for the “largest gathering of people wearing false mustaches” while at the Devil Rays.

TAMPA, FL: The Bucs have hired a new chief marketing officer, and it’s a proud homecoming for Brian Killingsworth, who grew up a Bucs fan and spent 10 years with the Rays before leading the Rams’ marketing efforts as the team’s vice president for marketing and brand strategy.

“I’m tremendously excited. My family and I are real excited to come back home,” said Killingsworth, 37, who grew up in St. Petersburg, graduating from Shorecrest Prep and getting his MBA from USF after getting his undergraduate degree from Flagler College. “It’s a once-in-a-lifetime opportunity to get in the NFL with your hometown team.”

He helped with the rebranding of the (Devil) Rays, created the team’s successful summer concert series and was responsible for many of the team’s creative promotional giveaways, from the Carlos Pena toothbrush holder to the award-winning “Zim Bear.” In his last three years with the Rams, he came up with a “Fisher Stache” promotion after the hiring of coach Jeff Fisher, proudly getting in the Guinness Book of World Records for the “largest gathering of people wearing false mustaches.”

“We had a lot of fun with it, and I pride myself on really attracting more families to the brand,” said Killingsworth, who grew up a Bucs fan going to the “Old Sombrero” with his father. “We had a lot of kids’ activities that hadn’t been done before, and we’re trying to get more families involved in the overall experience and relationship with the team.”

Killingsworth is the team’s third CMO in 17months, with his two predecessors leaving in the middle of the last two football seasons. The Bucs have had a few high-profile giveaways, including a Derrick Brooks giveaway when he was inducted into the team’s Ring of Honor last year. Can a Lovie-themed promotion — or something built around a future No. 1 draft pick — be far away? Here’s a good read for a better feel for the relationship he built with Rays fans in his time at Tropicana Field, and fans can follow Killingsworth on Twitter as well.