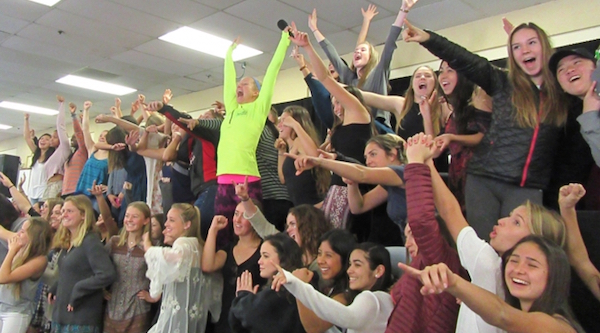 Steve’s breakdown:Sounds like a new leader at the National Women’s Soccer League was a long time coming and judging by their social media, they could now use a boost in that department. See the plan in bold below.

CHICAGO, IL: It’s hard to overstate how much the National Women’s Soccer League has needed a new leader, which it got when hiring Lisa Baird this week. But this metric, pointed out by Chicago Red Stars owner Arnim Whisler on a conference call Friday, does it about as well as any, concerning league expansion.

“We believe 14 teams is a pretty good near-term target from a competitive parity standpoint,” Whisler said. “We aren’t sure how far we can go beyond that, and how fast, but we’ve slow-walked things a little bit to make sure the new commissioner, Lisa, can be in place and think this through with us.”

For those of you keeping score at home, NWSL will play with nine teams in 2020, before Louisville joins in 2021. So if the NWSL is to go to 14 or beyond — certainly, a move that places the league in a similar rate of growth to Major League Soccer, and a long-overdue move relative to the amount of talent in the United States and around the world who can create a talent base worthy of the additional teams — it’s been in a holding pattern for the past three years, the amount of time between Jeff Plush leaving the commissioner’s chair in 2017 and Baird’s hiring this month.

Still, what’s done is done: the league has not only survived, it has grown under Amanda Duffy’s tenure as temporary leader, with attendance steadily rising and a new television deal with CBS set for announcement… any day now. (Both Baird and Whisler declined to comment on specifics, but Whisler asserted that he is “very excited”.)

And so for Baird, a three-step process will anchor her immediate actions once she officially takes over on March 10.

“The first thing I intend to do is, I want to get out to the markets,” Baird said. “Not only to meet the team owners one-on-one in their markets, but also get a sense of their staff… Second thing is, I’ll be engaging in meetings, phone calls, with all of the stakeholders around women’s soccer. And that’s going to be a learning process for me. I was pretty overwhelmed by how many people, not only that I knew, have reached out to me over the last few hours to offer their counsel.”

Her third action is to get a handle on operations to make sure the start of the season goes smoothly, a vital first impression now just a few weeks away. The opener is, after all, on April 18.

But she isn’t coming into this blindly, Whisler pointed out.

“I think it’s obvious from what you’ve all read about Lisa, that she’s a great brand builder, superb marketer, et cetera,” Whisler said, “I think one of the things that really stood out to the board in the interview process was just the level of organization and pre-thought.”

Even so, she was careful, which, in and of itself, qualifies as an organizing principle. The league was largely based in New York, then moved to Chicago, which puzzled many who see New York as a vital media and organizing center for a young league. Baird didn’t commit to either city fully, itself a move away from the full-throated Chicago-or-bust perspective of the Duffy years.

As for any separation from U.S. Soccer — the league and federation are operating under an agreement, extended for a year, that ends at the conclusion of the 2020 season — it sounds as if Baird is still deciding what that future will look like as well.

“I’m not coming in with any preconceived notions,” Baird said. “I have worked with U.S. Soccer and their leadership for a decade when I was at the, the USOPC. But I also know that the owners and I are going to develop our own independent vision for where we need to go as a league. And no matter what specific contractual support there is, I suspect there will always be a very close collaborative relationship with the Federation.”

That looming decision is a way Baird can put a stamp on things just as Cathy Engelbert used the collective bargaining talks to do the same thing with the WNBA in her first year in charge.

And it will take an aggressive courting of corporate sponsors, which takes the NWSL back to the past few years of relative stasis. No longer will the league be leaderless on things like aggressively finding businesses eager to invest in the domestic showplace of the biggest soccer stars in the United States. She’ll find herself in many rooms like… well, the one that led to getting her hired by NWSL.

“We got very quickly down to a small set of finalists and, all who are incredible and will remain confidential,” Whisler said. “But Lisa went that next level. So we all knew that she had the Rolodex and the relationships and the integrity and brand, personal brand. But somehow we found ourselves in the middle [of the interview], she had somehow turned the tables and was interviewing us. Imagine a boardroom of 20 some people, a couple people per team. She’s the only one that was able to get [that] out of us.”

Sounds like a pretty solid test case for the job ahead.